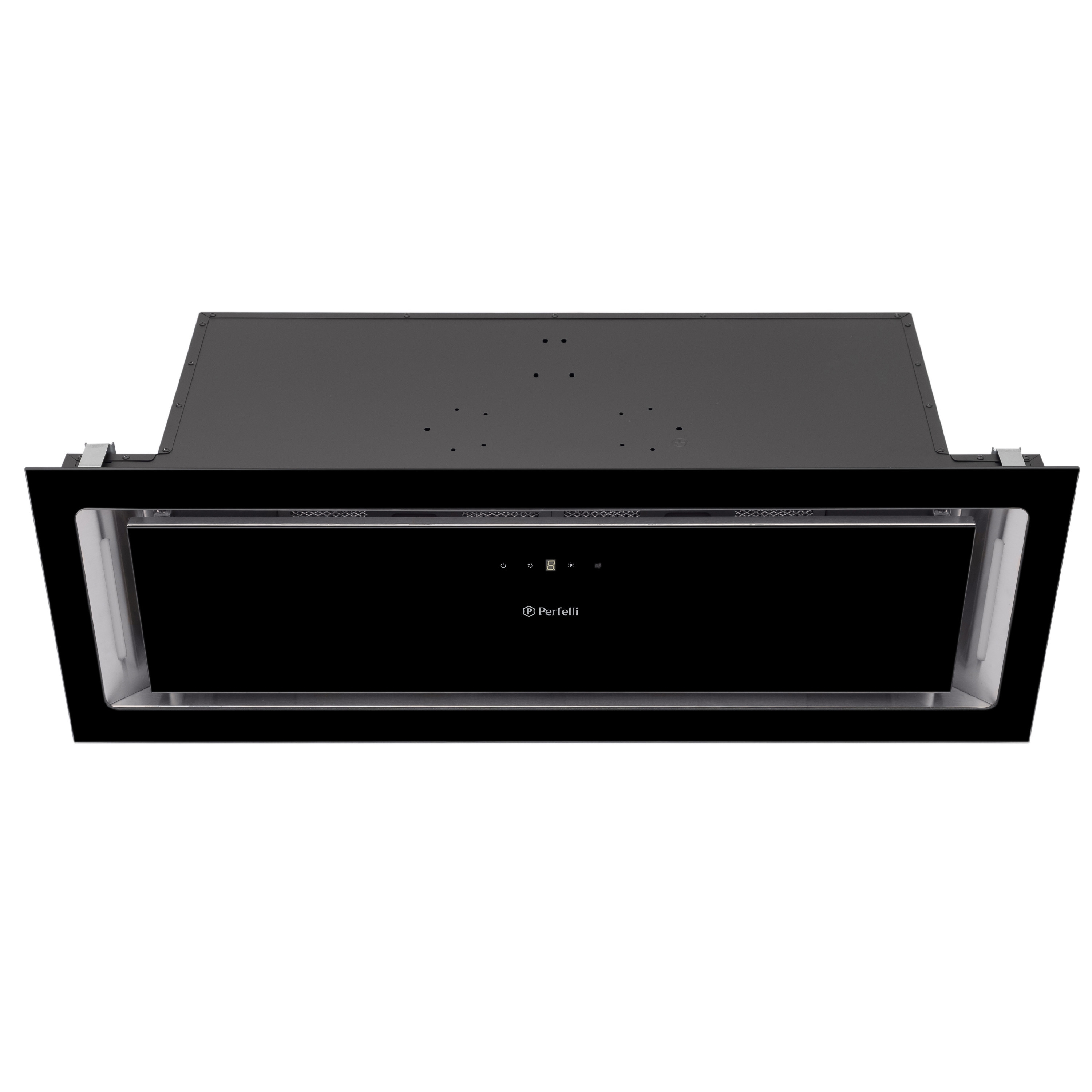 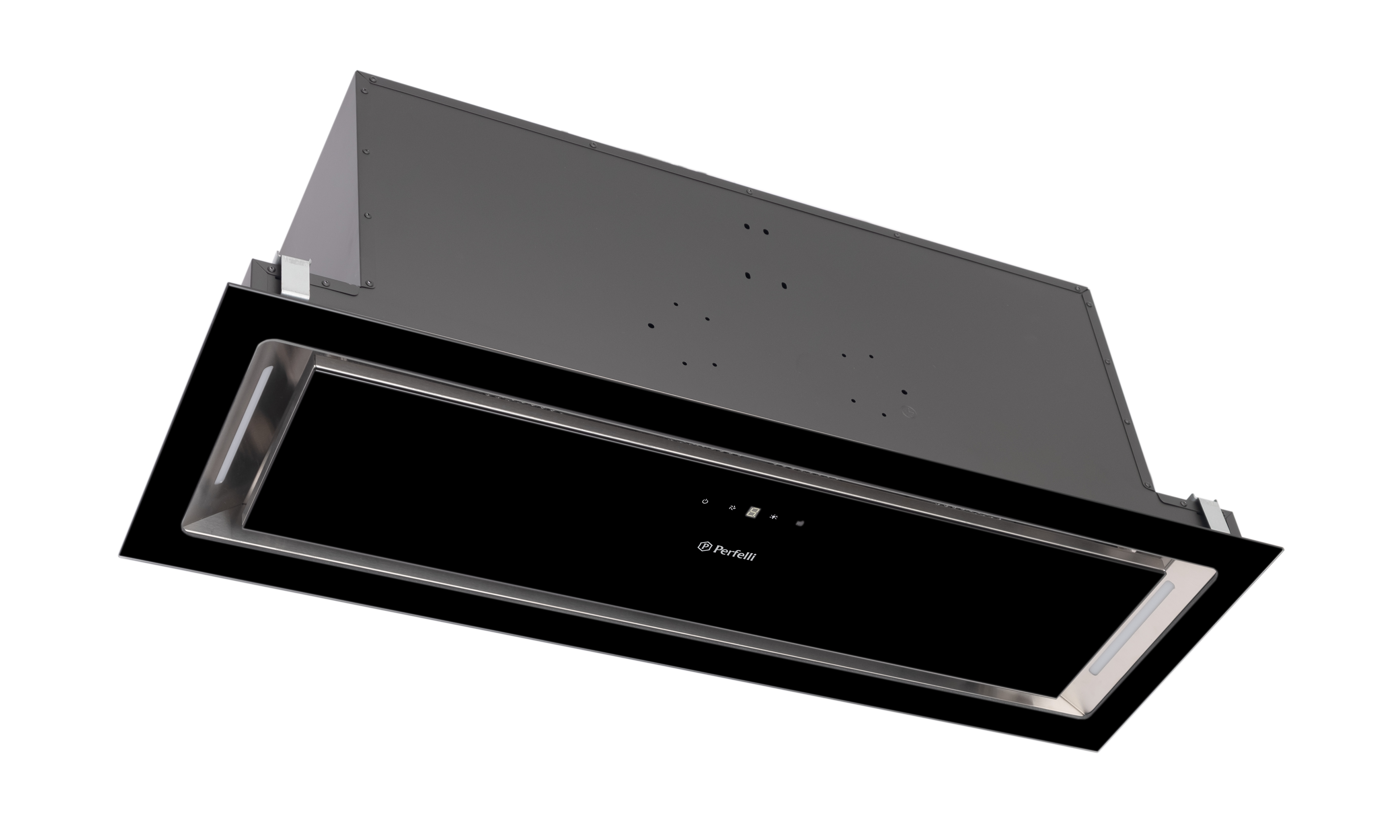 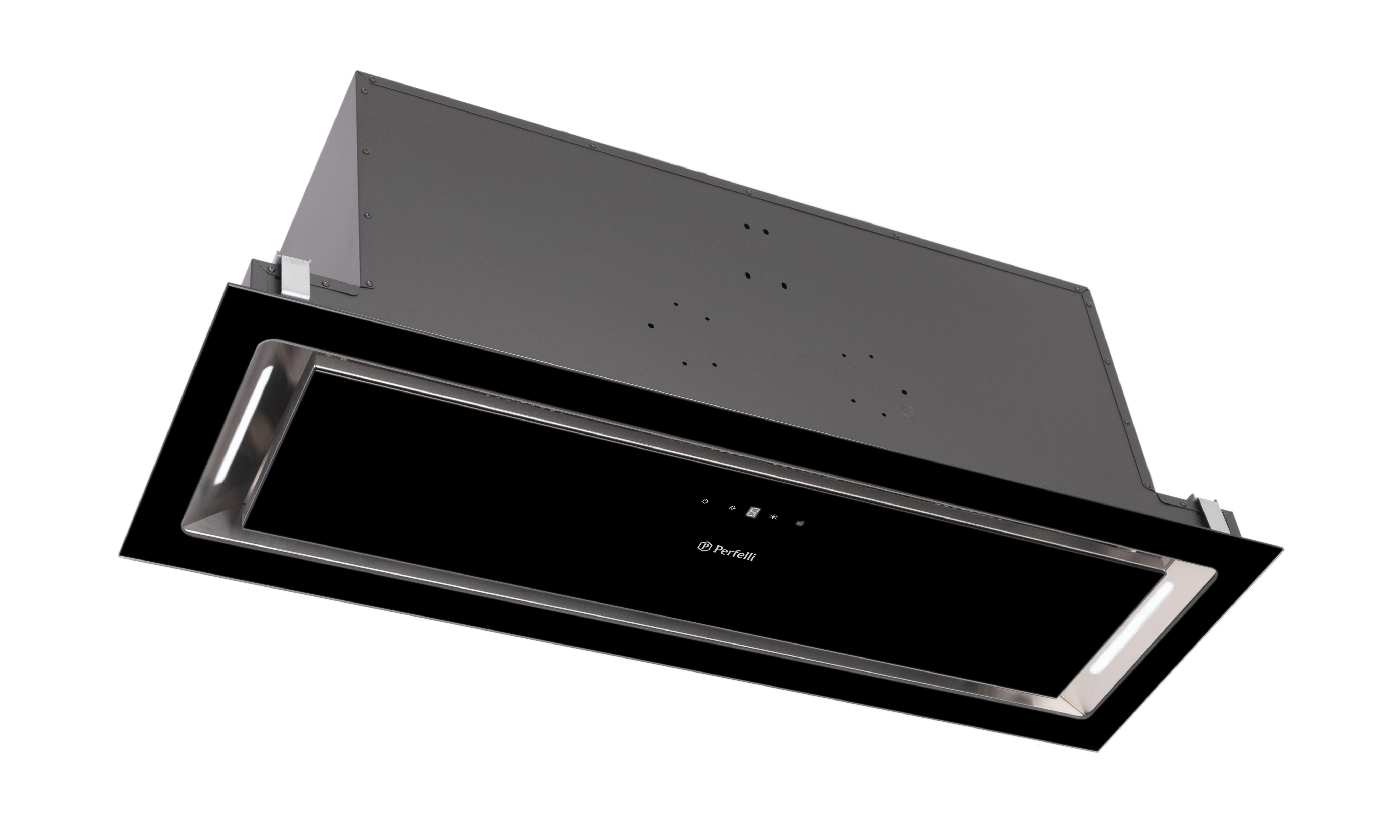 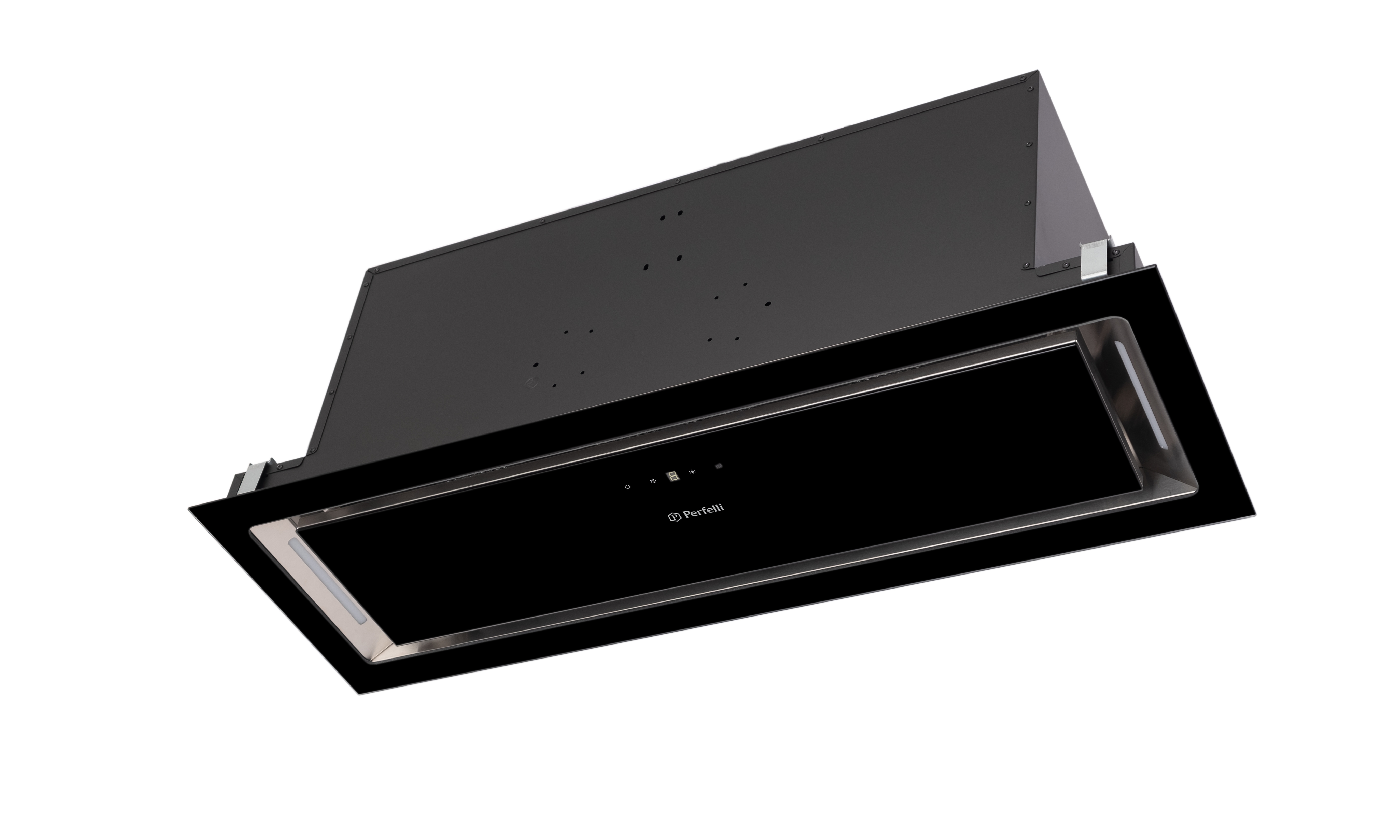 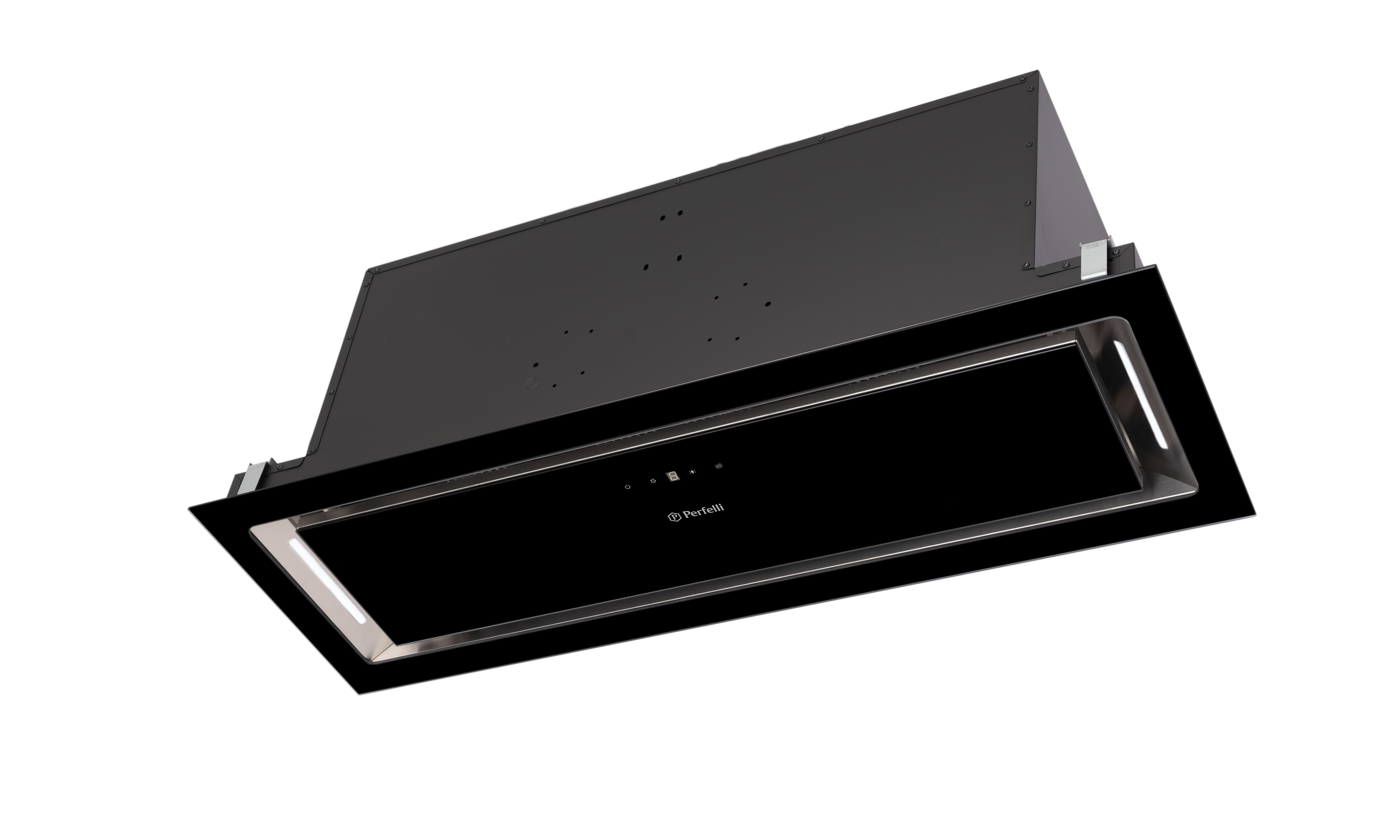 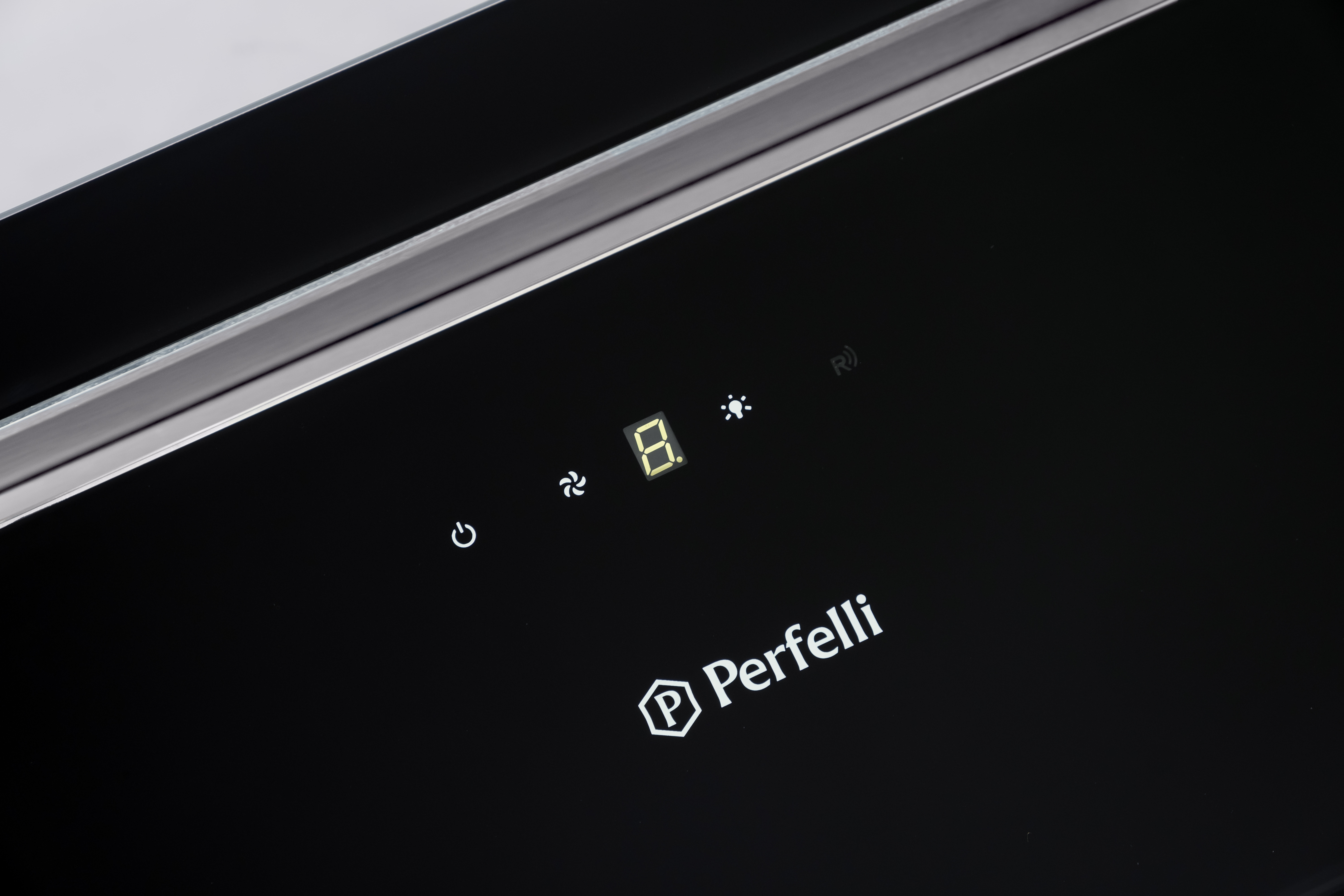 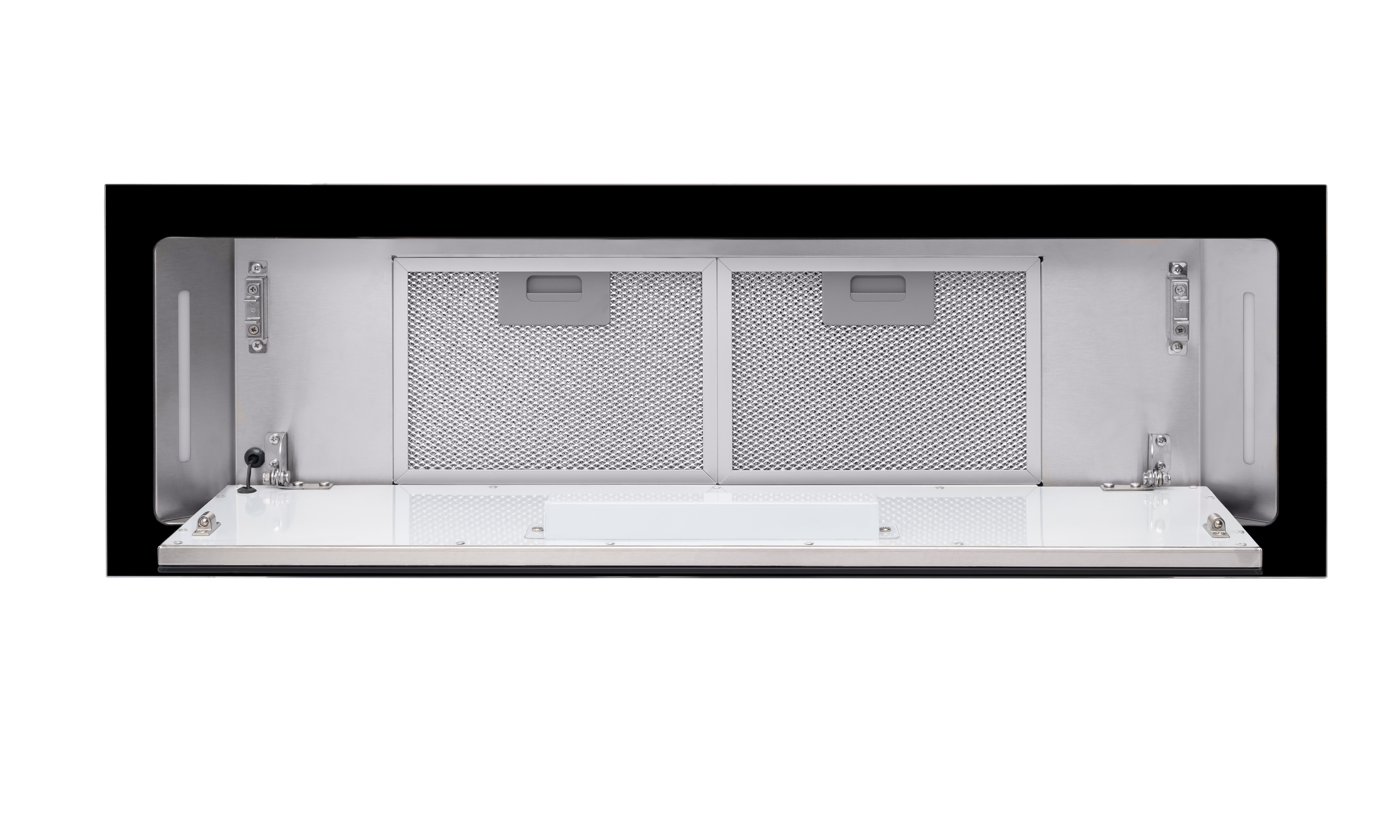 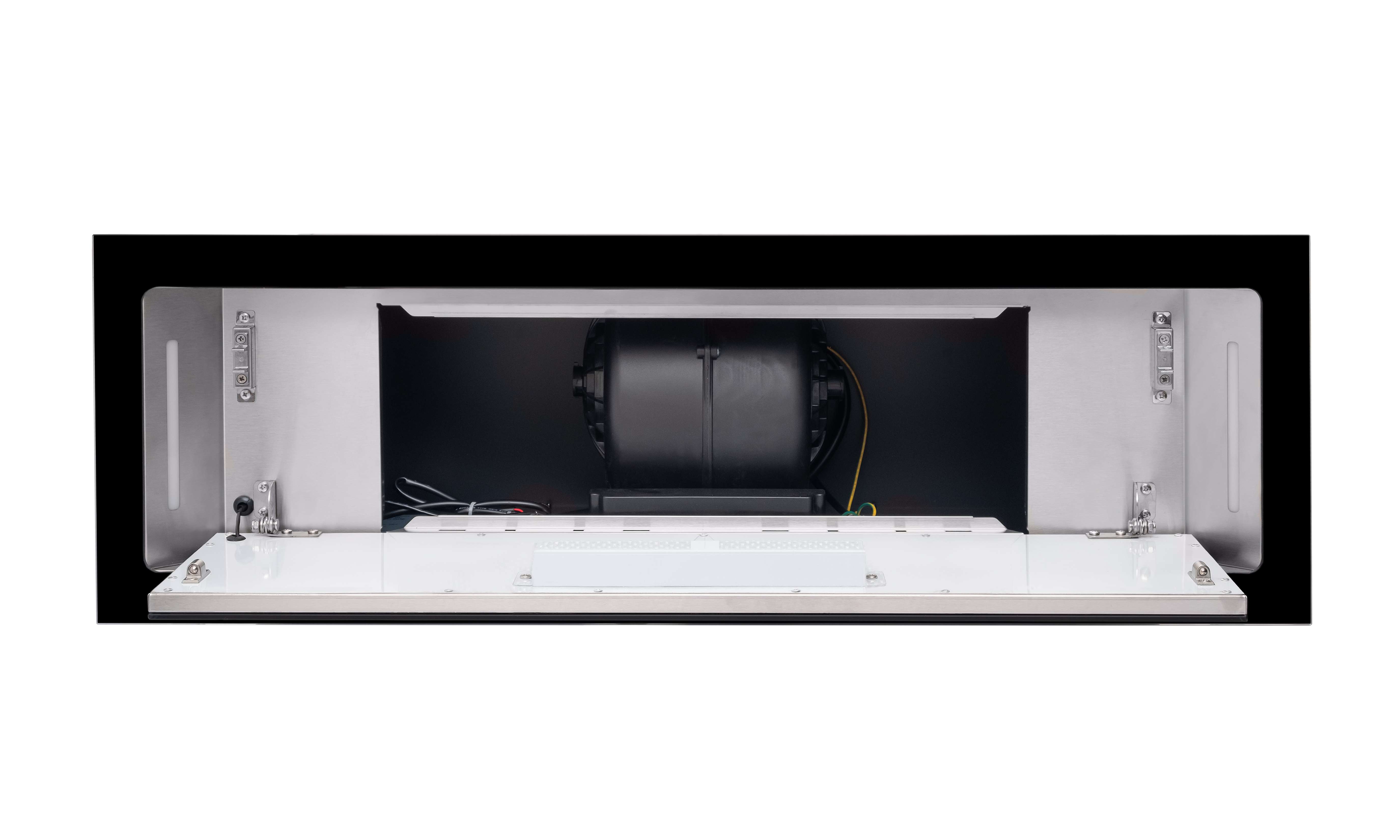 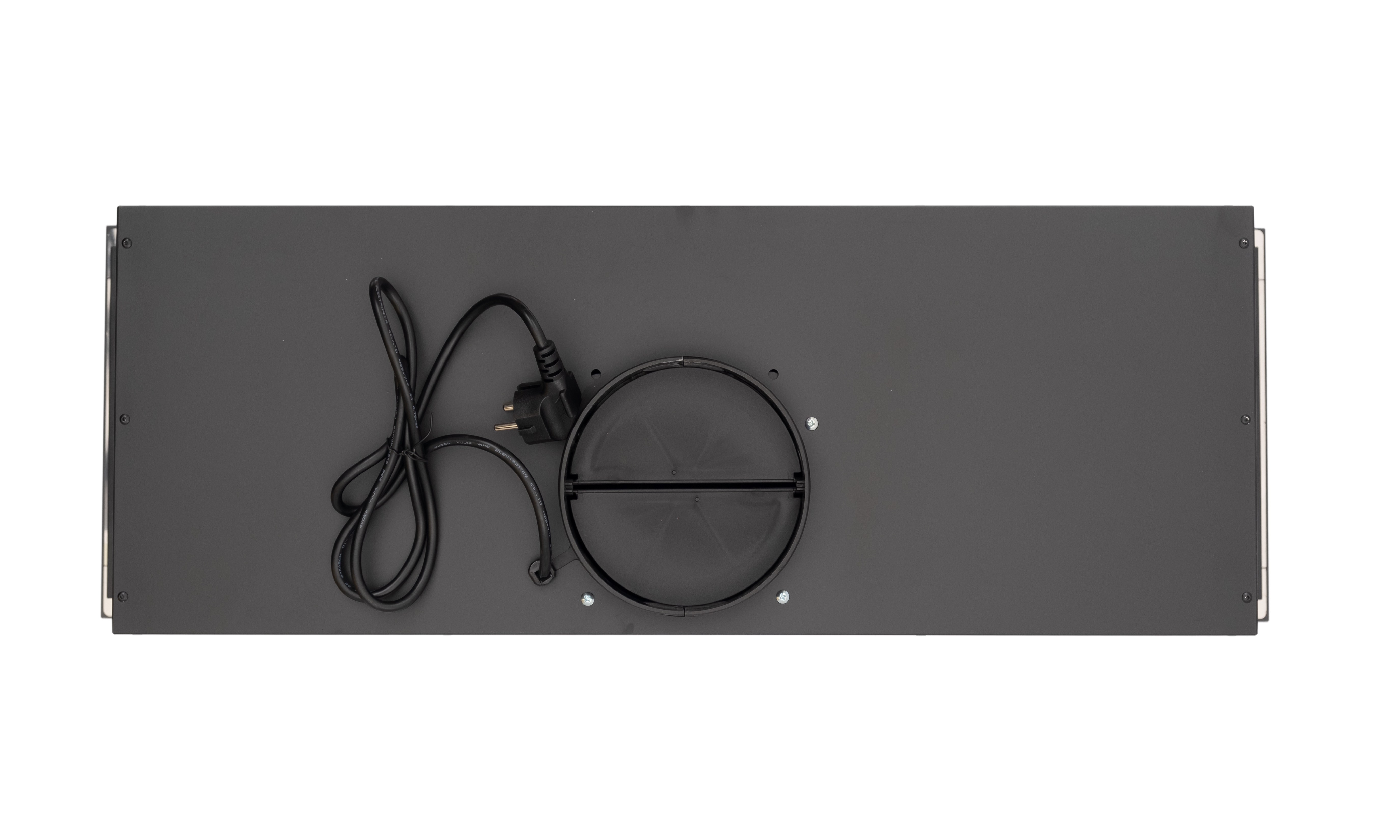 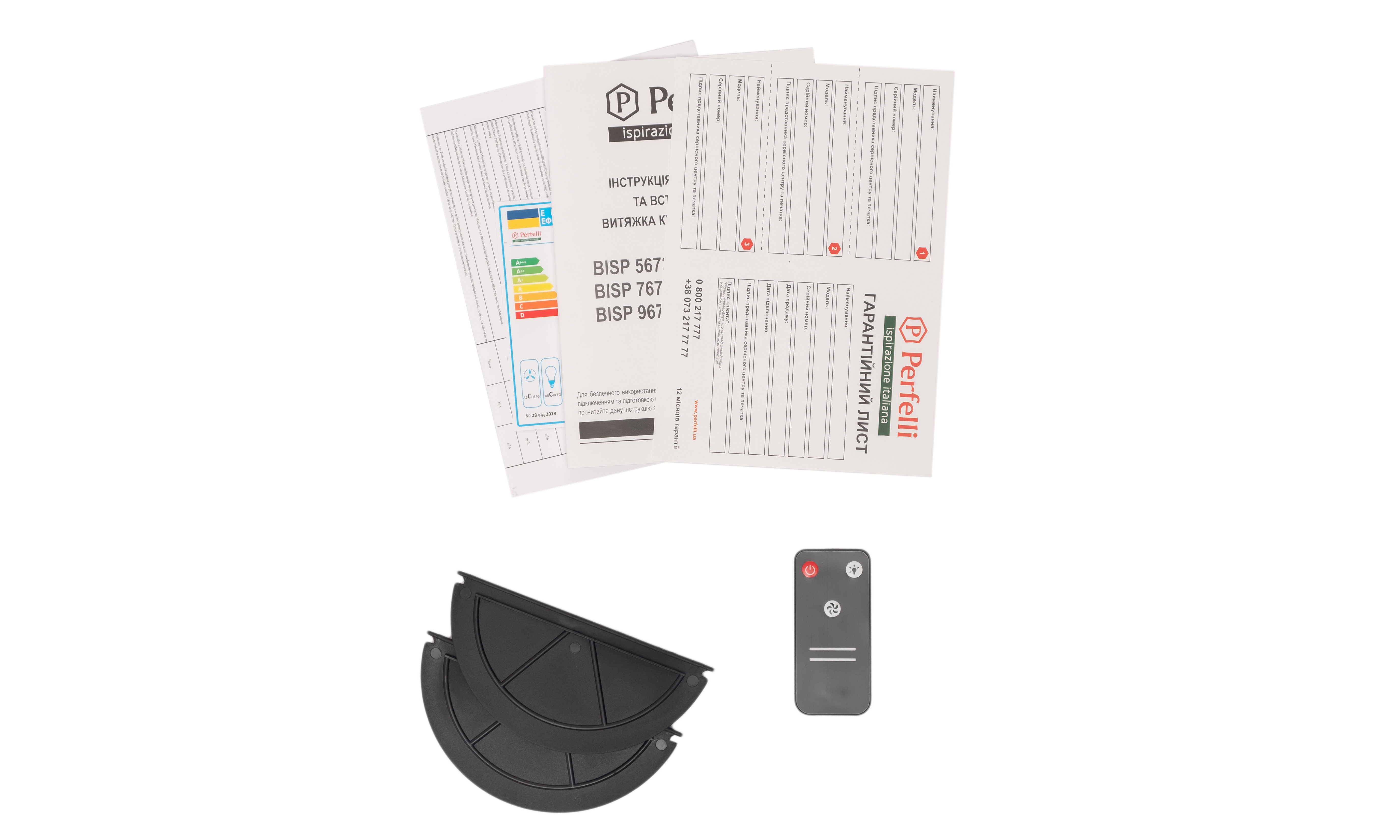 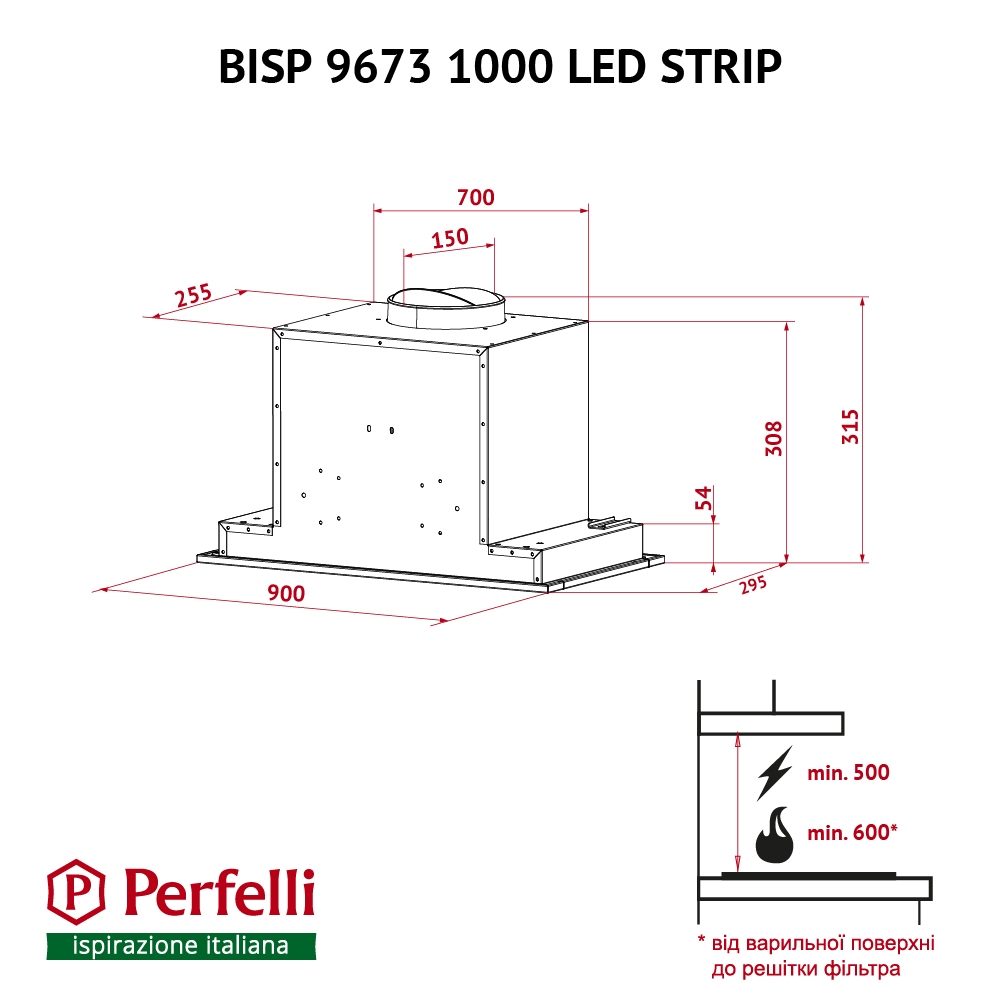 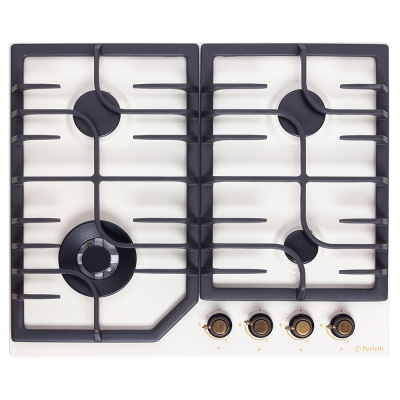 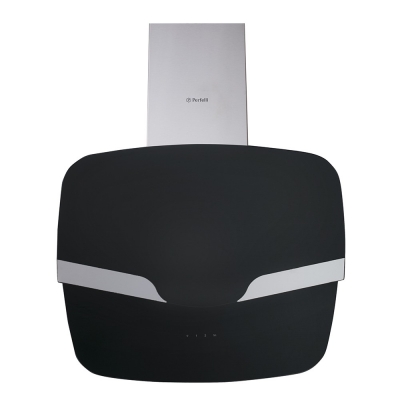 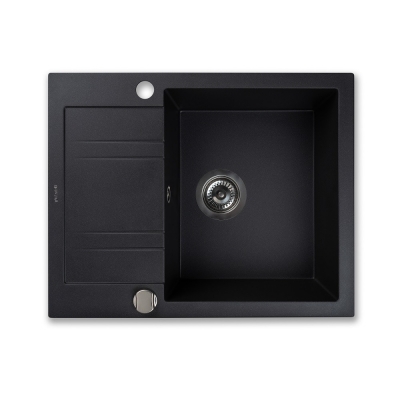 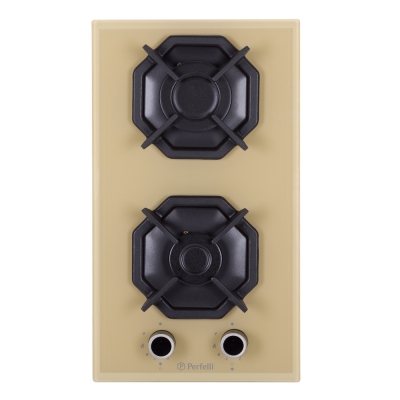 The fully recessed hood Perfelli BISP 9673 BL 1000 LED Strip is a model that flawlessly performs its functions in a matter of minutes. Cleans the air from unpleasant odors and vapors during and after cooking. It also keeps the room fresh.

In addition to their main task, such hoods will perform an ergonomic function and will allow rational use of the space in the area above the hob.

The touch control panel and the remote control are significant advantages of the Perfelli BISP 9673 BL 1000 LED Strip cooker hood - one press and the desired operating or lighting mode is activated.

Fully recessed cooker hoods differ not only in design, but also in their configuration. It includes:

The kitchen hood Perfelli BISP 9673 BL 1000 LED Strip operates at three different speeds, which allows you to choose the right one depending on the air pollution.

- The first speed provides the lowest performance, and therefore is used when a minimum of contaminants gets into the air - for example, when cooking slowly, stewing or simmering under a lid.

- The second speed, accordingly, is included in most cases and is designed for the average cooking on two burners without thick clouds of steam and smoke.

- The third speed is activated during intensive cooking with a lot of soot and burning.