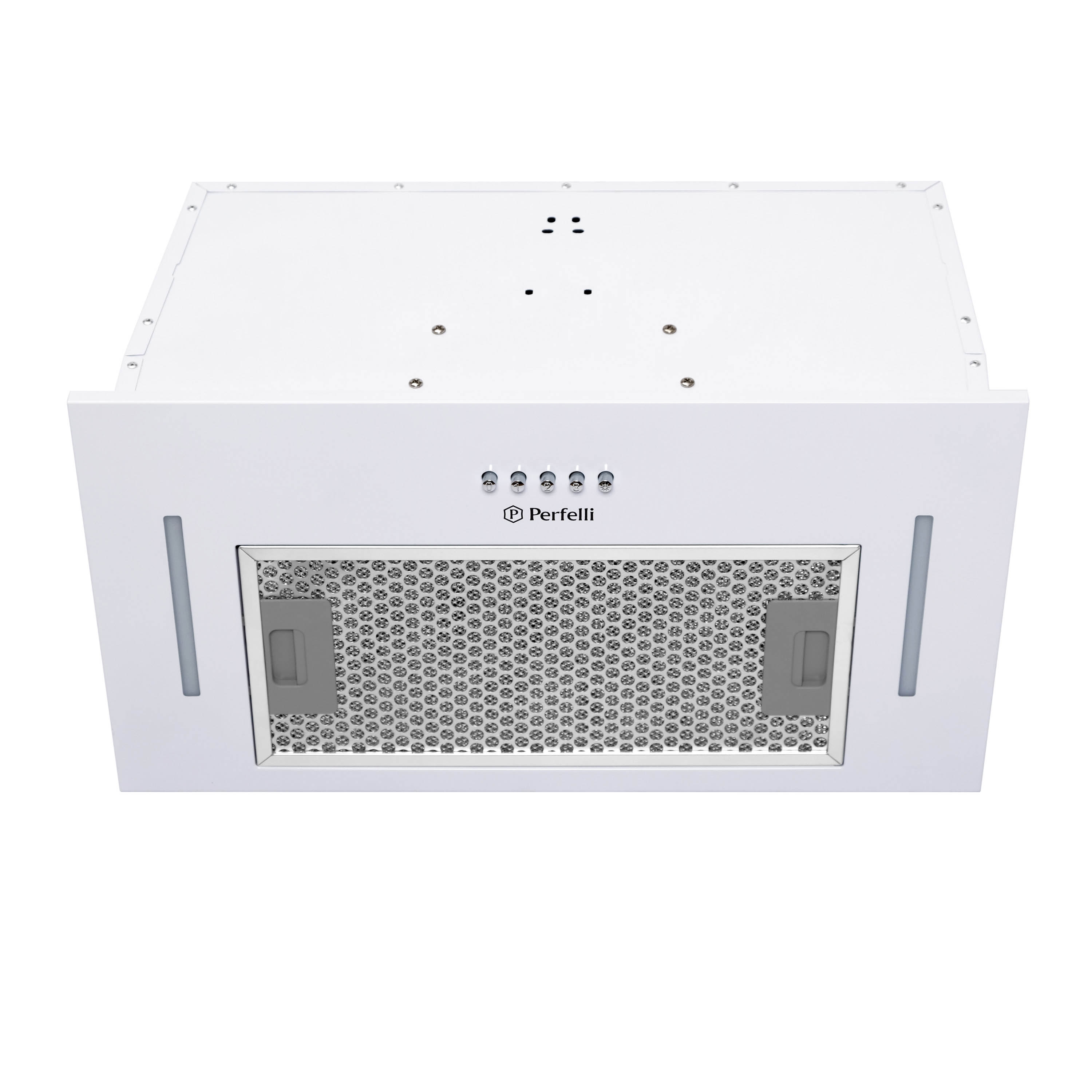 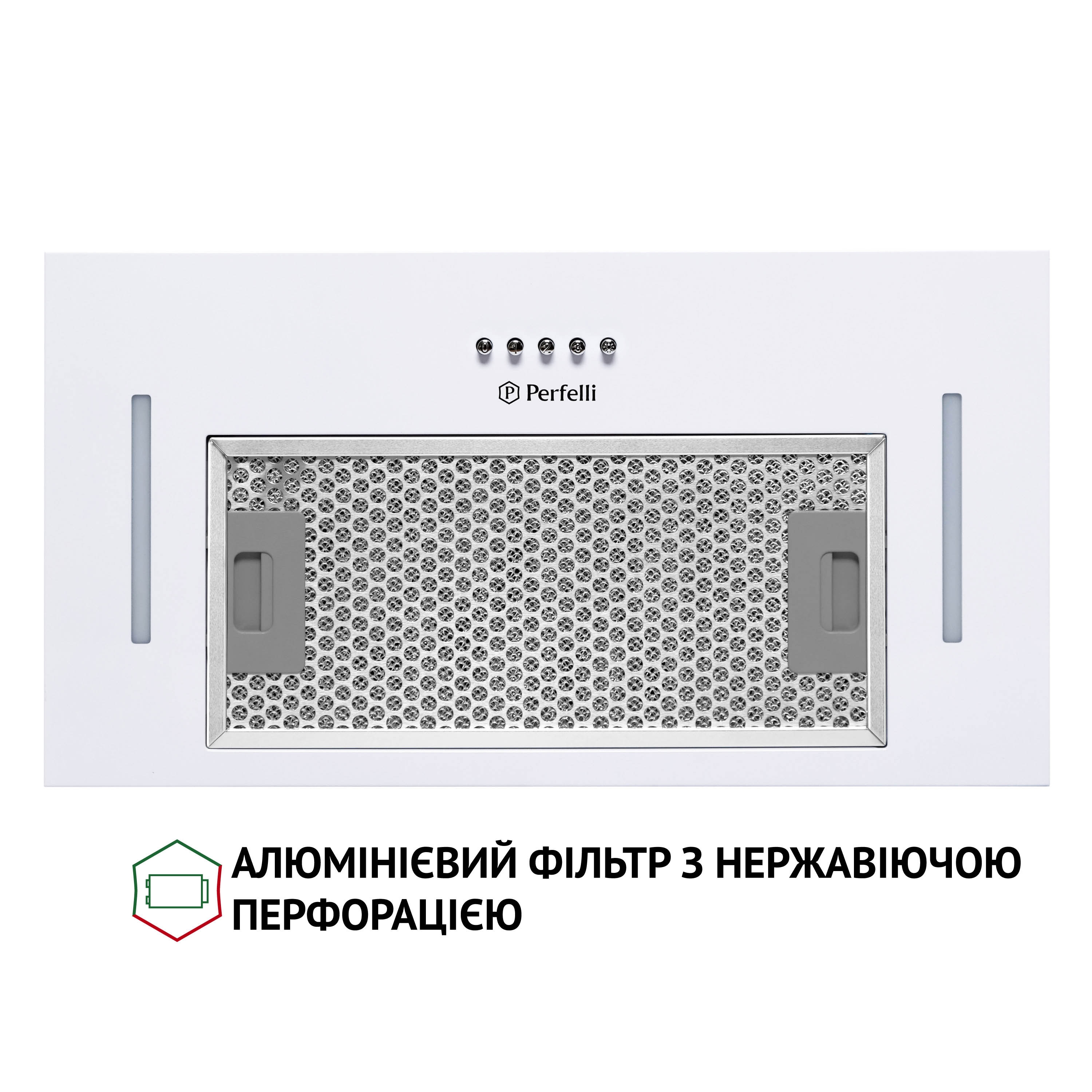 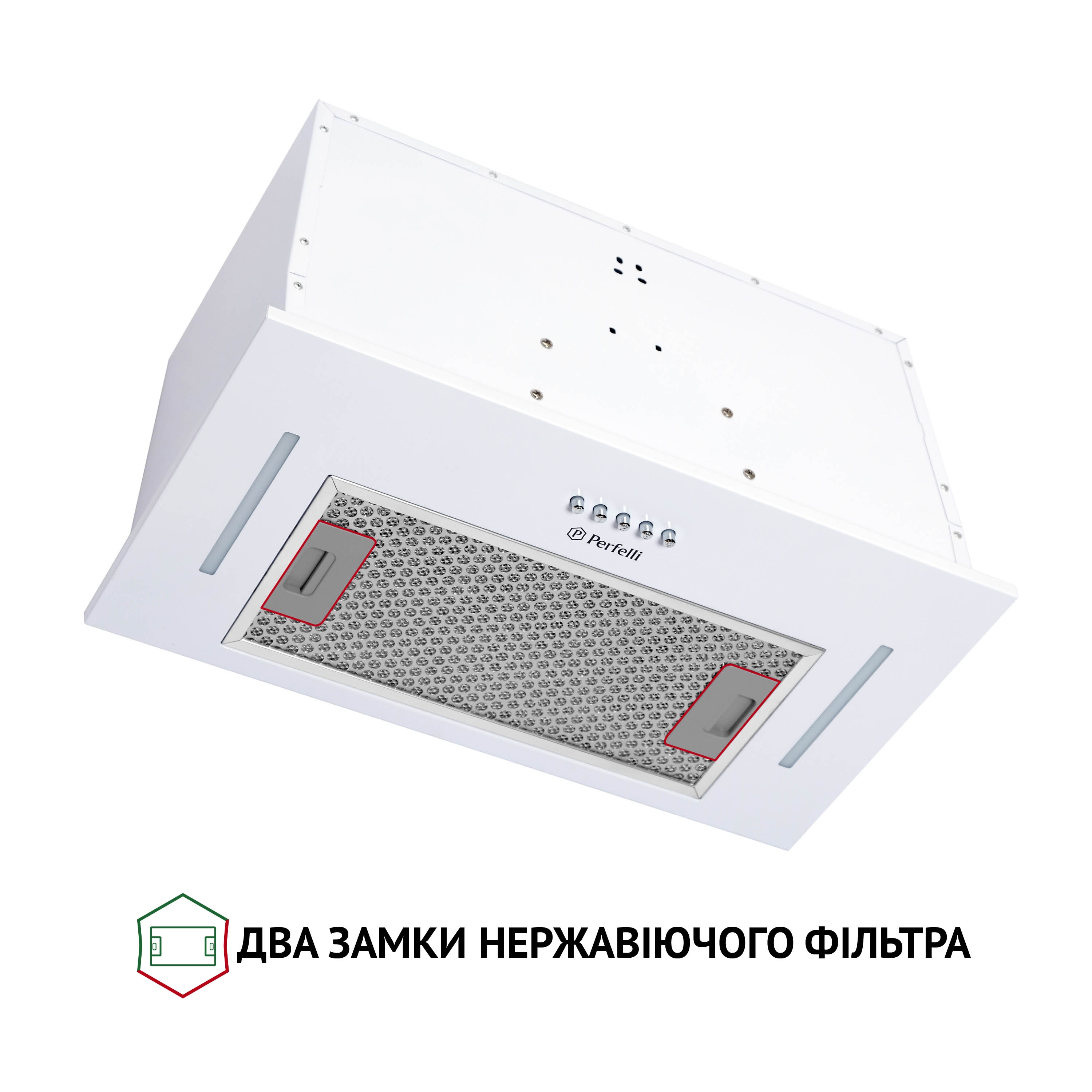 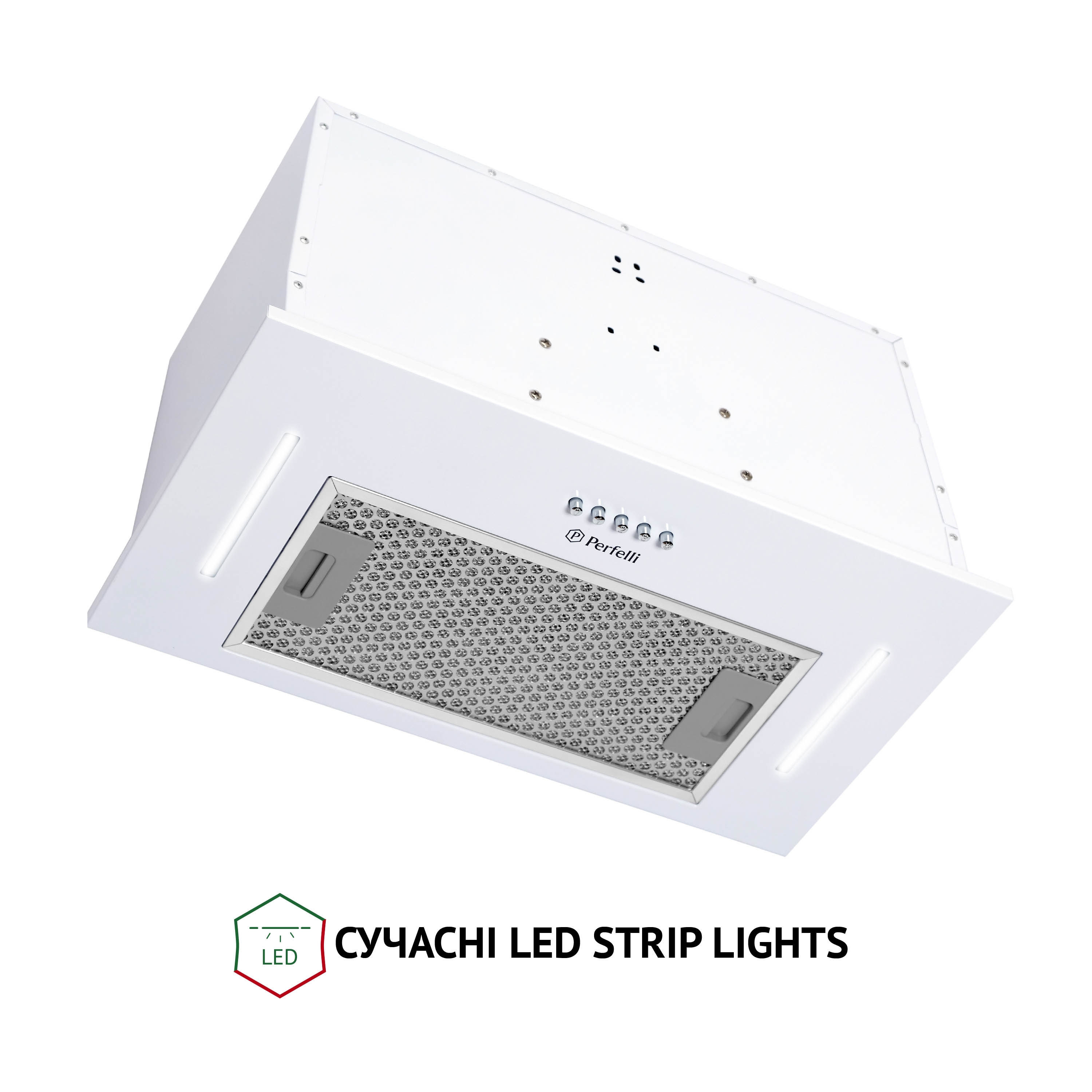 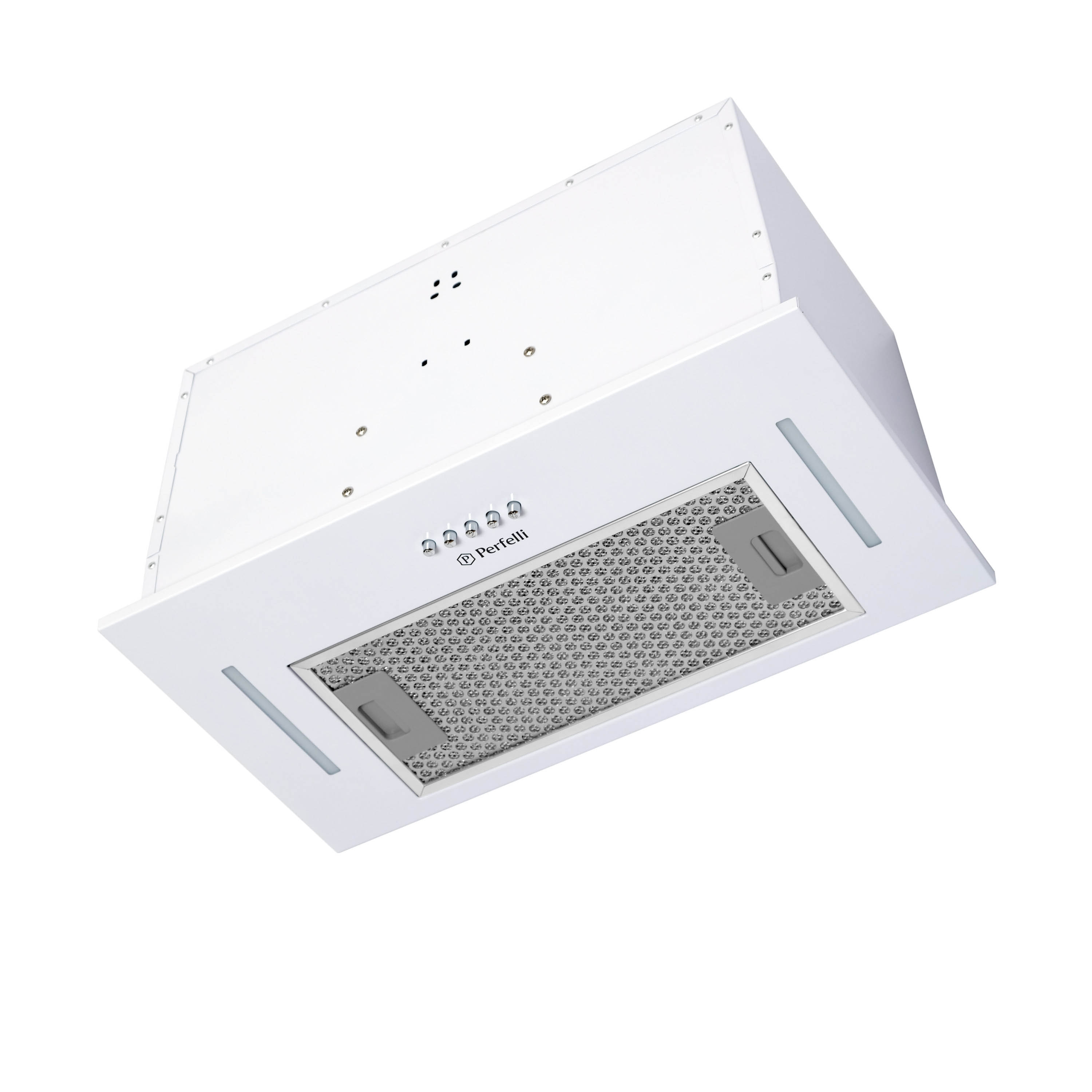 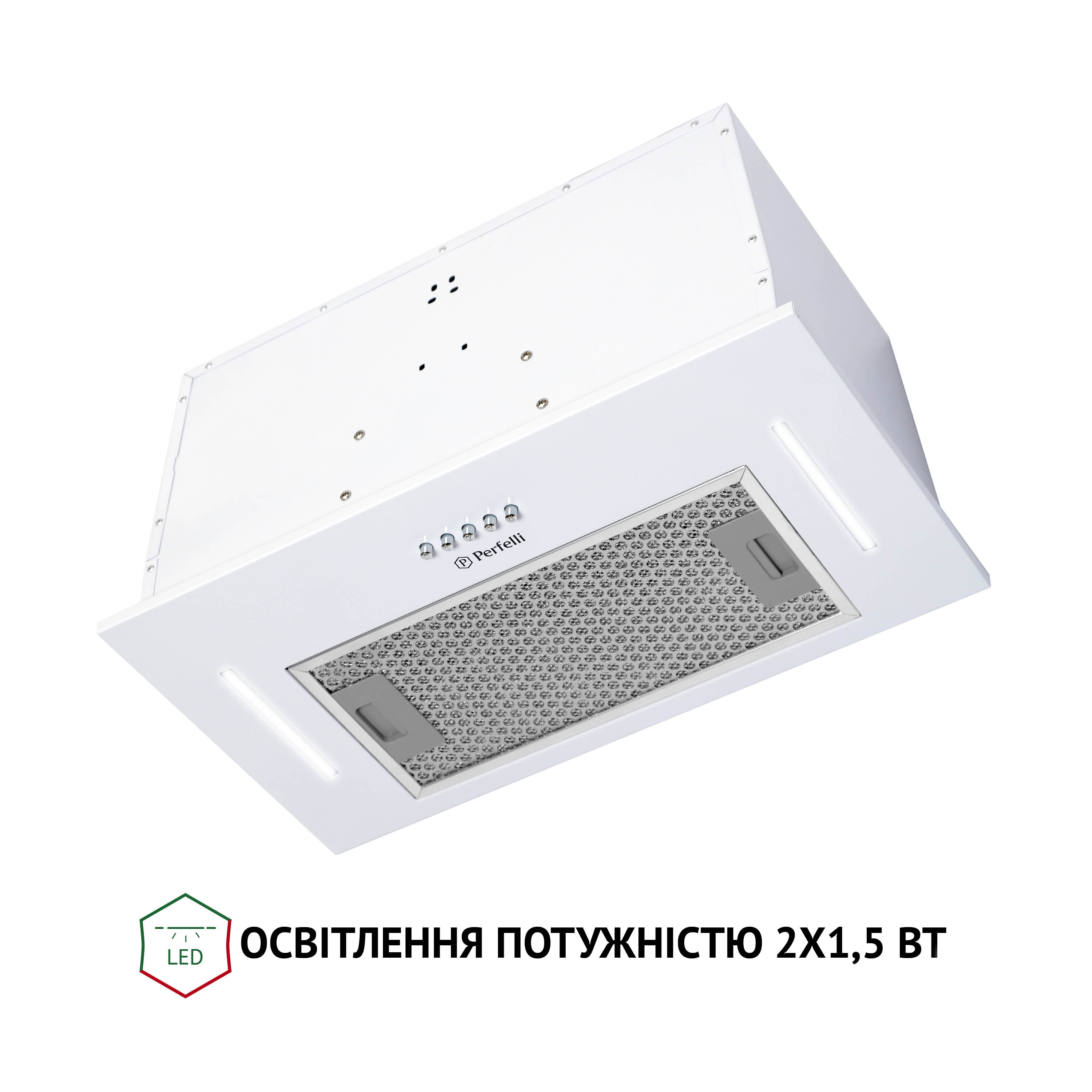 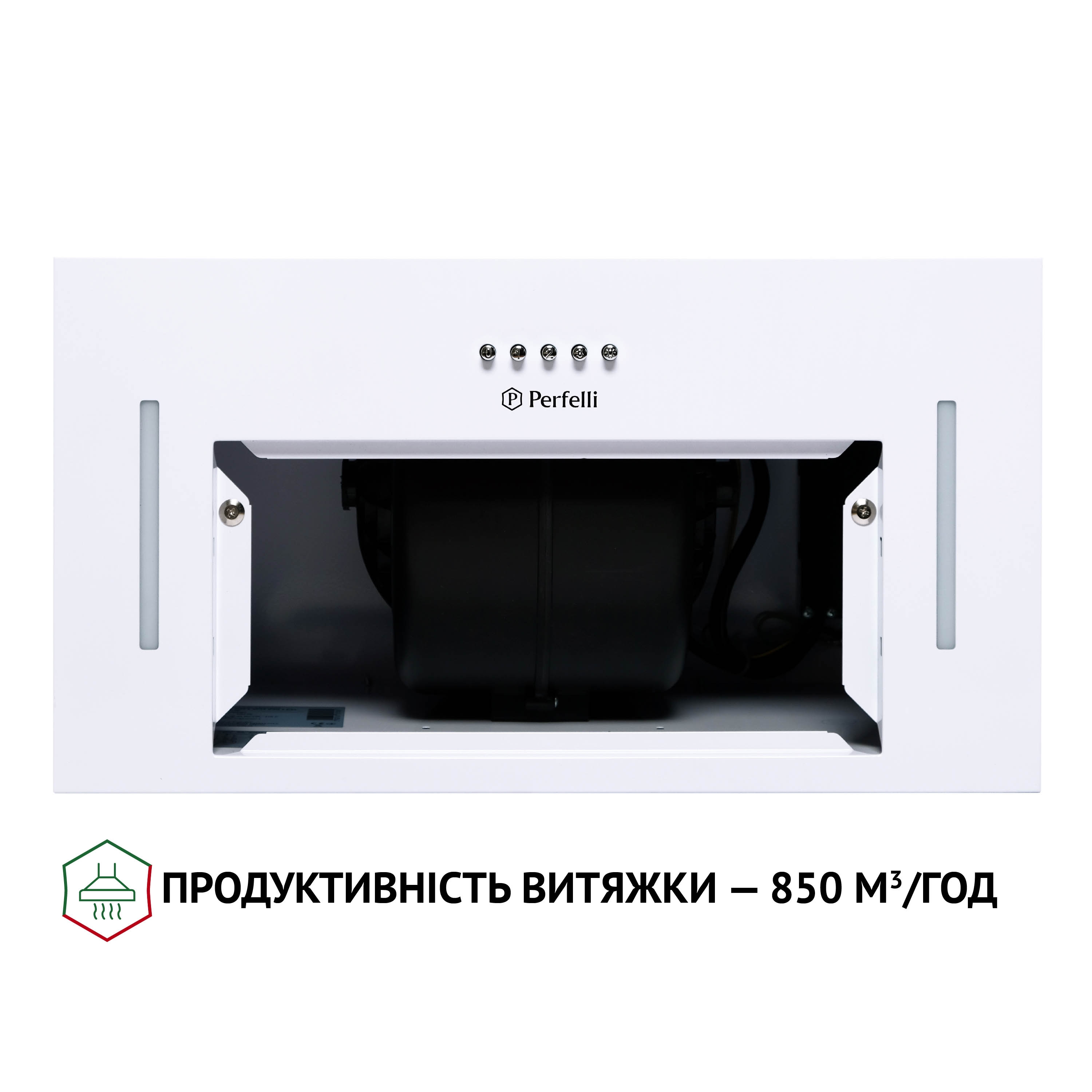 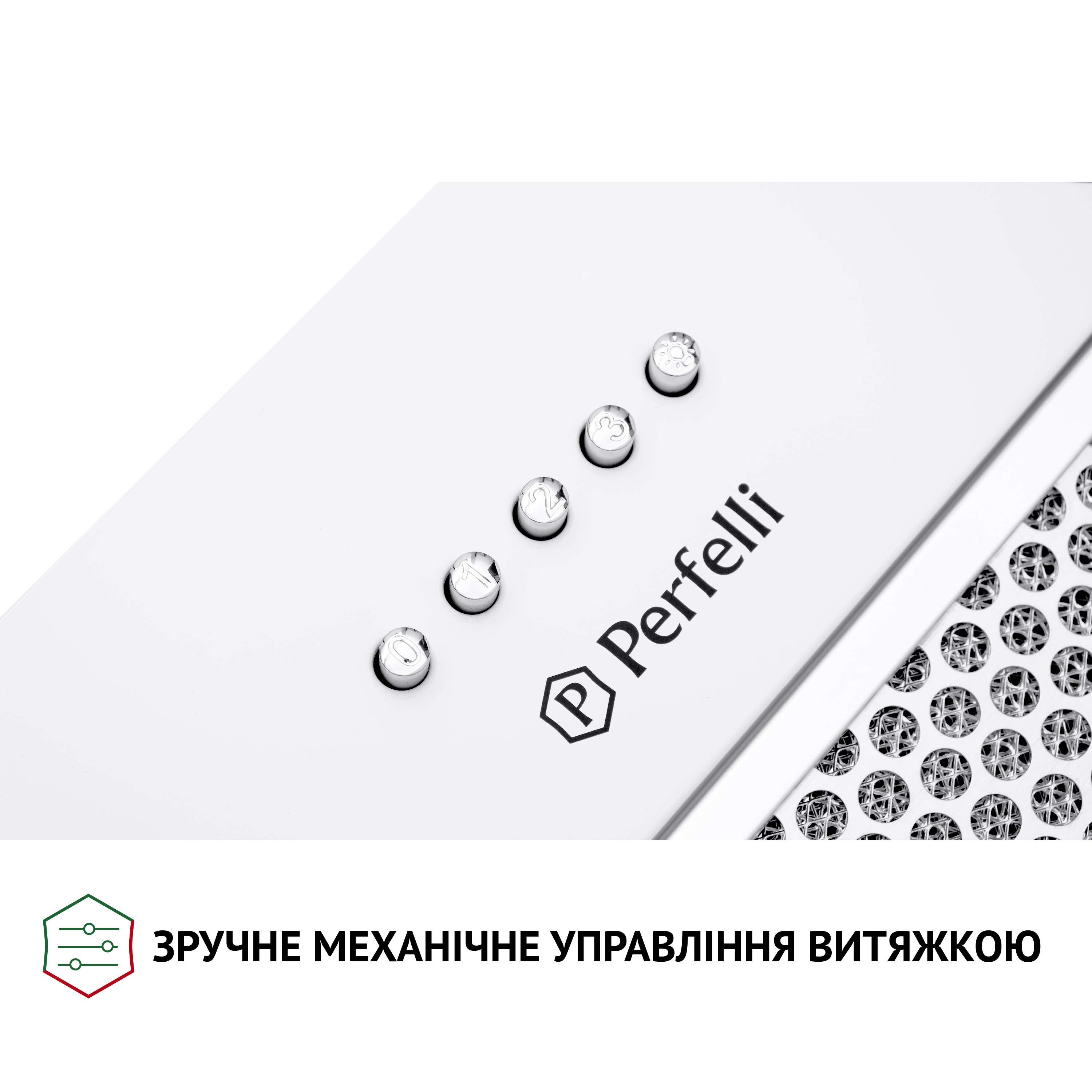 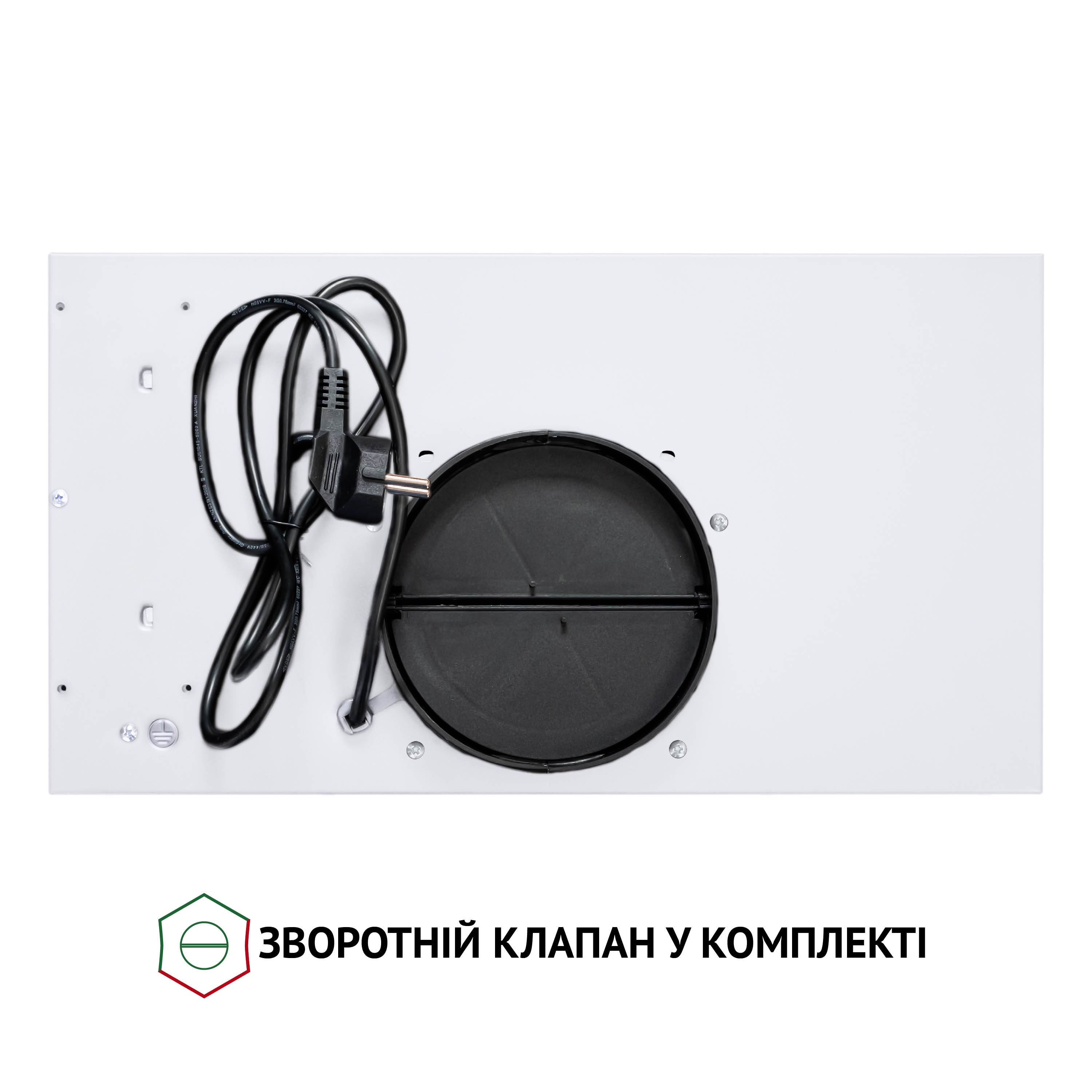 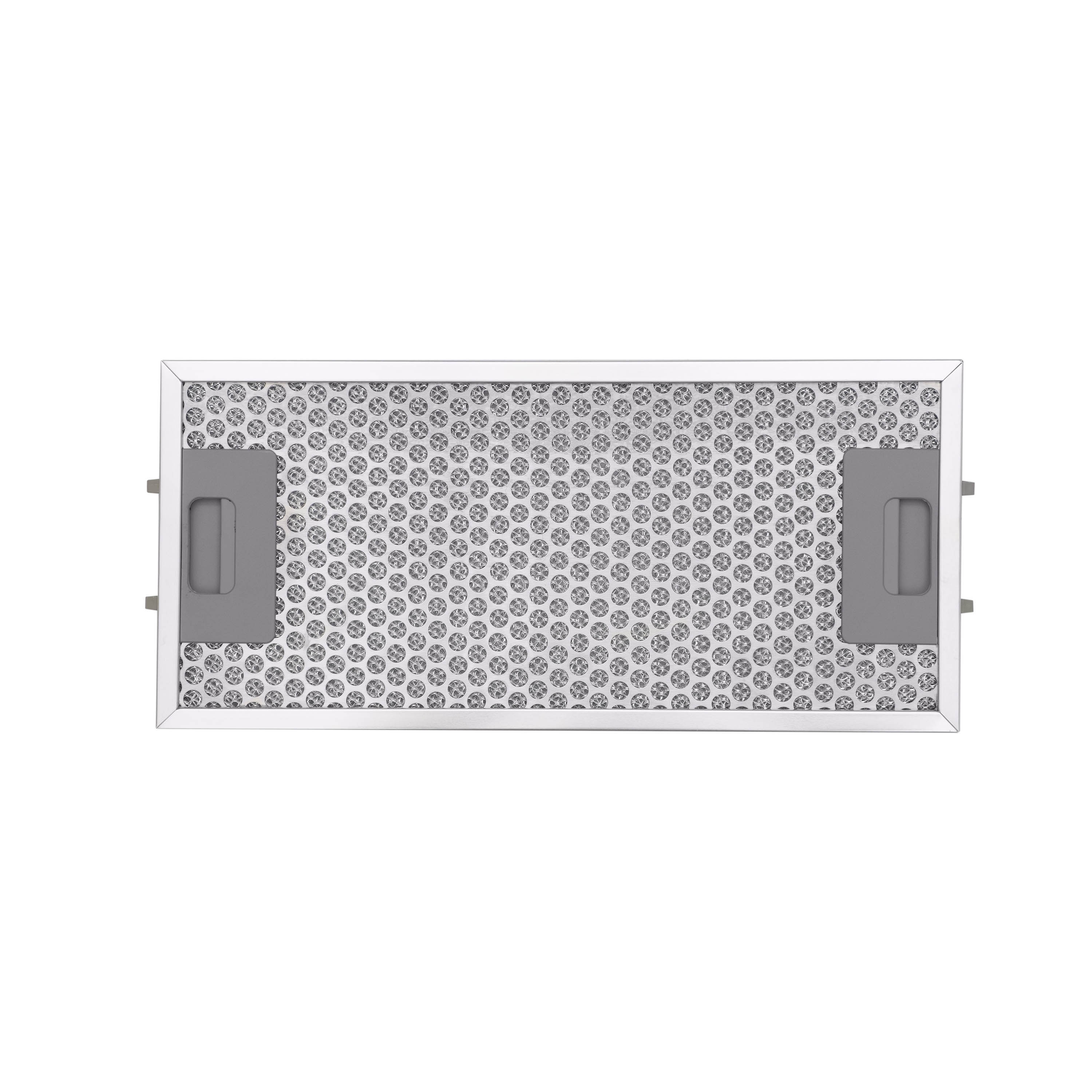 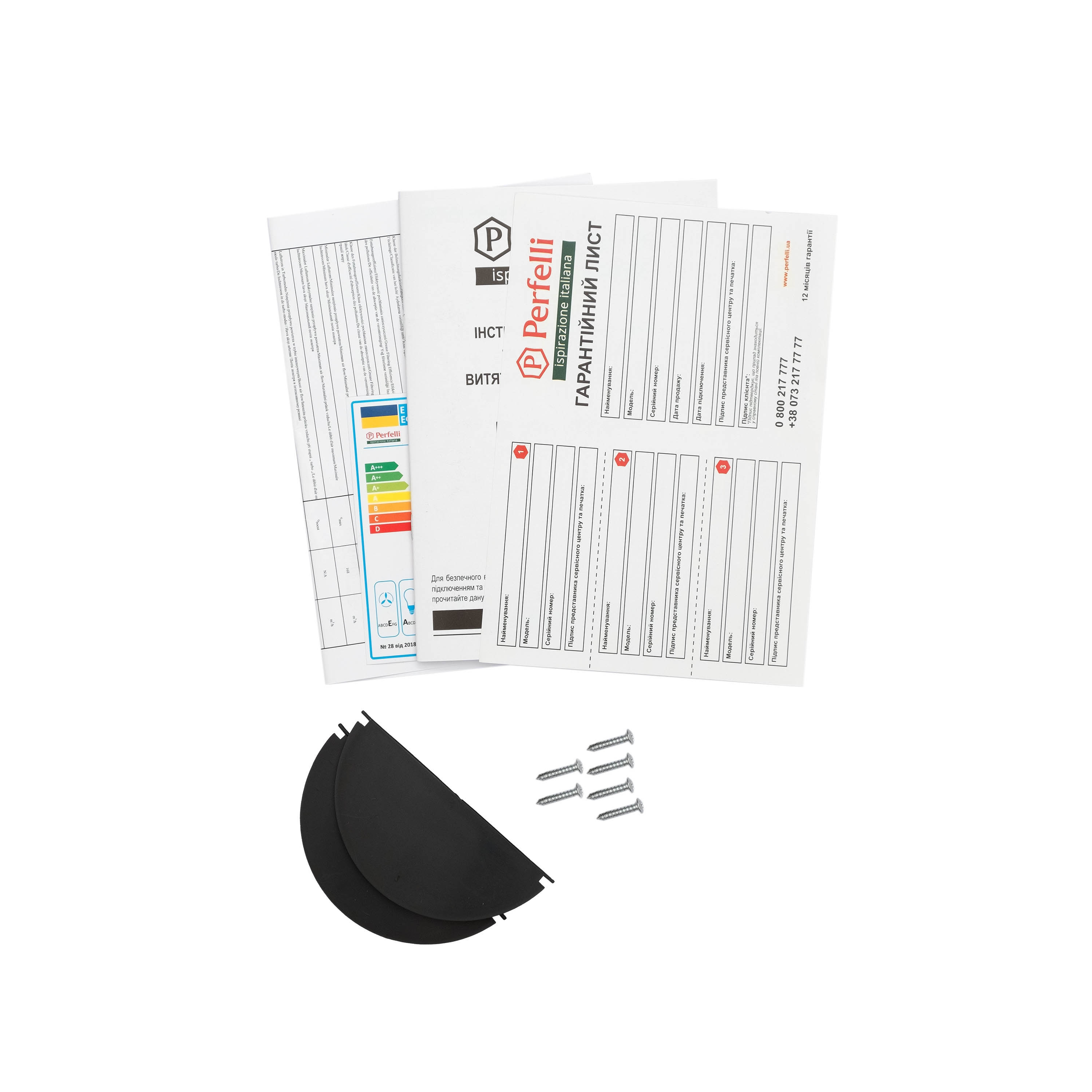 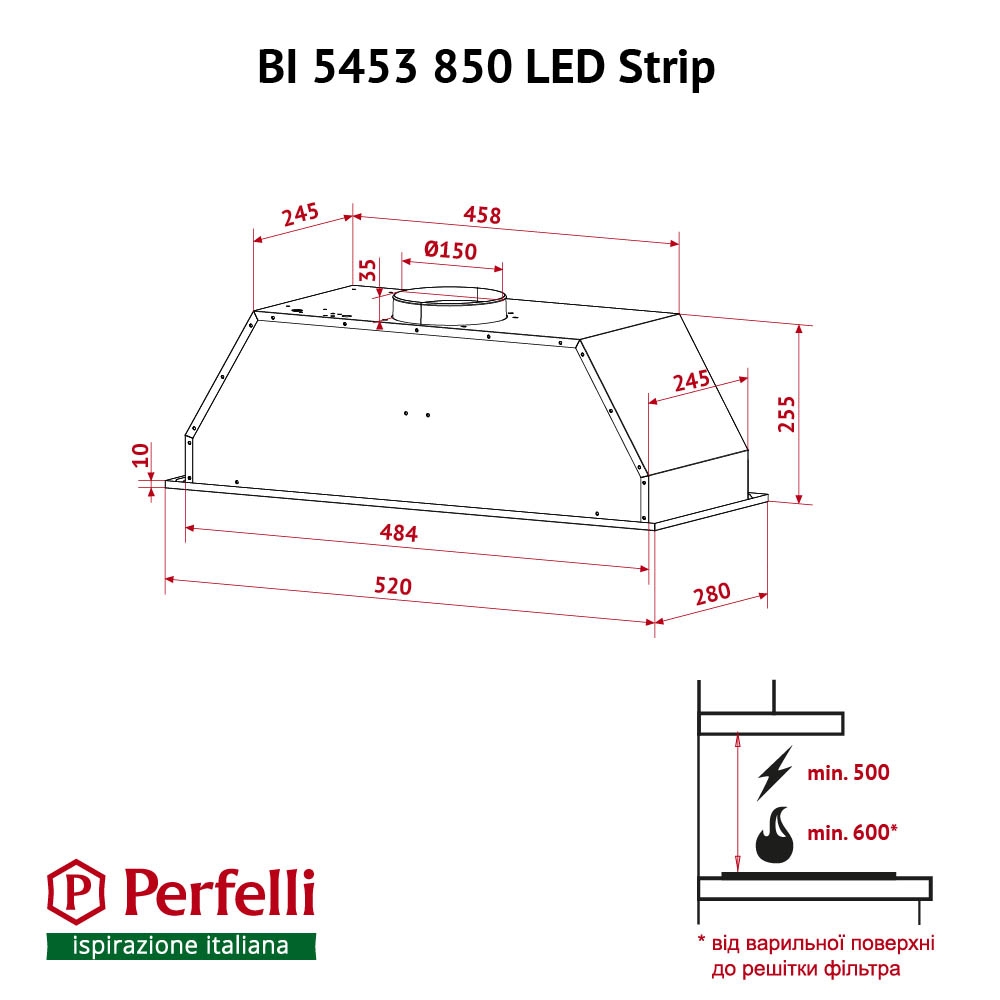 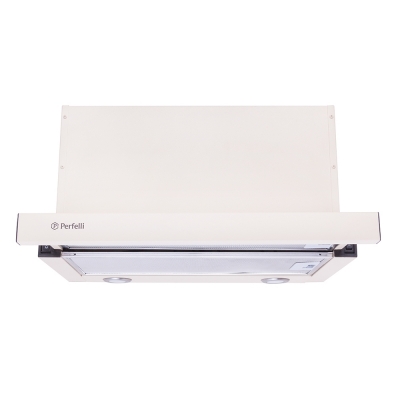 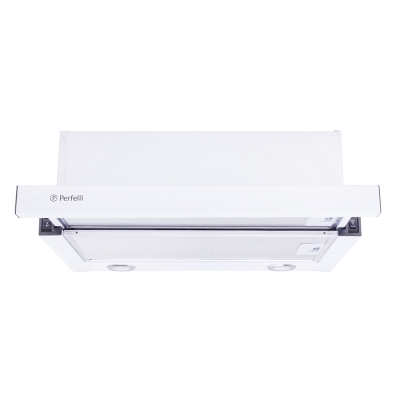 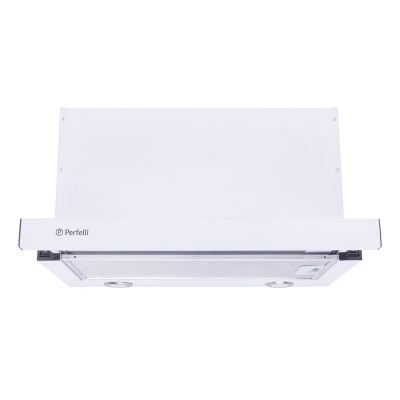 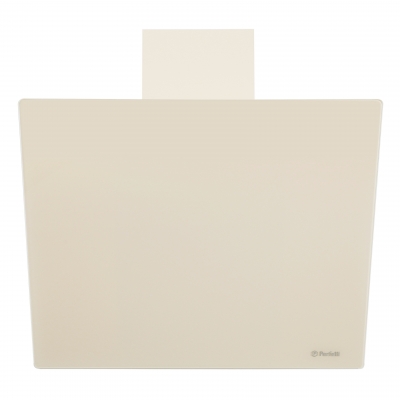 The best materials and technologies are combined in a fully recessed hood Perfelli BI 5453 WH 850 LED Strip . It removes unpleasant odors and vapors from the air during and after cooking, and also maintains freshness in the room.

In addition to their main task, such kitchen hoods will perform an ergonomic function and allow rational use of the space in the area above the hob.

We offer a fully built-in hood model that can be combined with any design without disturbing the harmony of the interior. In most cases, the kitchen hood is mounted in a wall cabinet, so the main elements of the hood are invisible.

Fully recessed kitchen hoods differ not only in design, but also in their configuration, which includes:

The hood above the stove makes a noise of a comfortable volume, which does not exceed 64 dB. It can work in two modes:

Hood for the kitchen Perfelli BI 5453 WH 850 LED Strip operates at three different speeds, which allows the hostess to choose the desired intensity of air purification, depending on its pollution.

Modern lighting is represented by two 1.5 W LED lamps. The backlight is comfortable for the eyes and works as an additional source of illumination in the kitchen. The working life of LEDs is several times higher than that of conventional lamps, and energy consumption is minimal. In addition, LEDs can withstand heavy use.