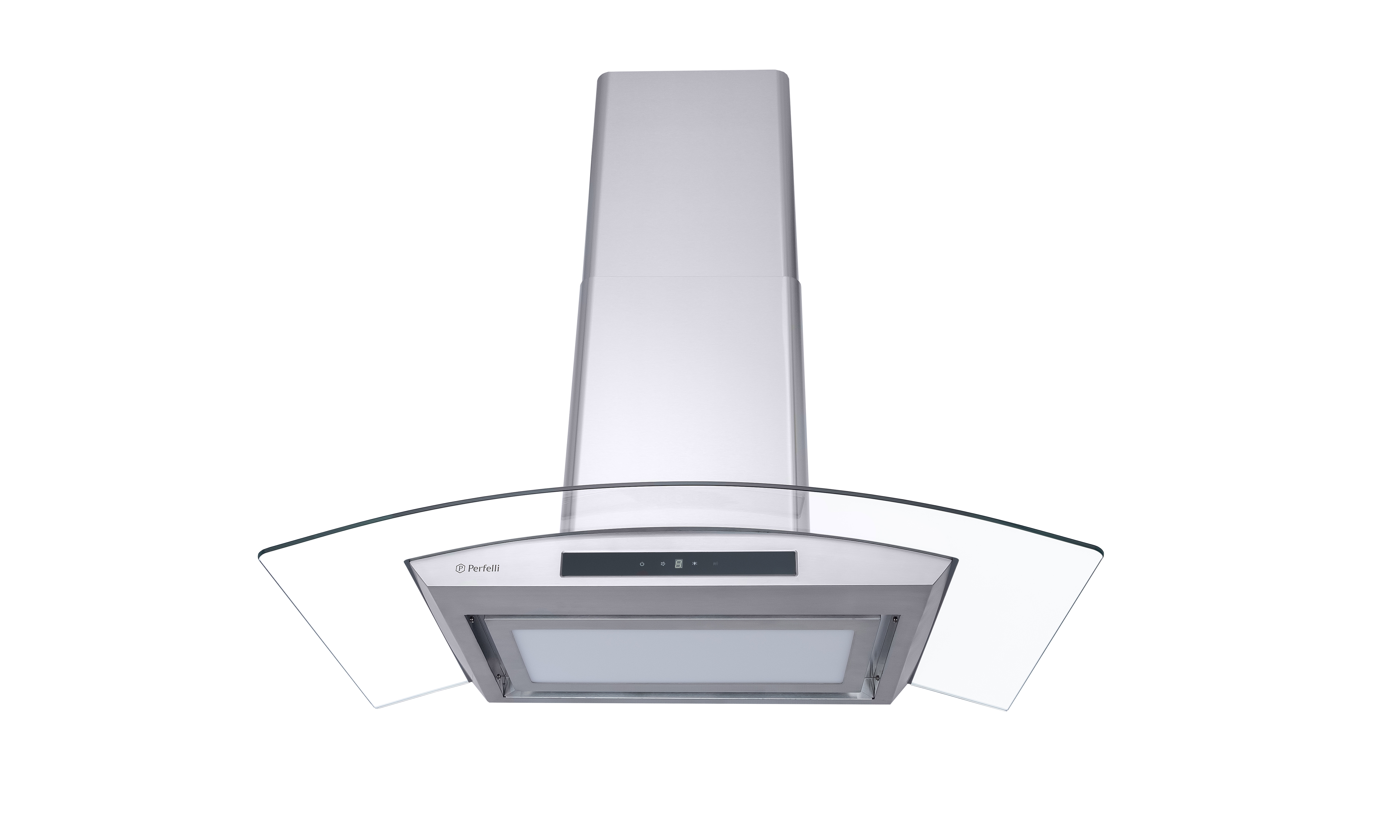 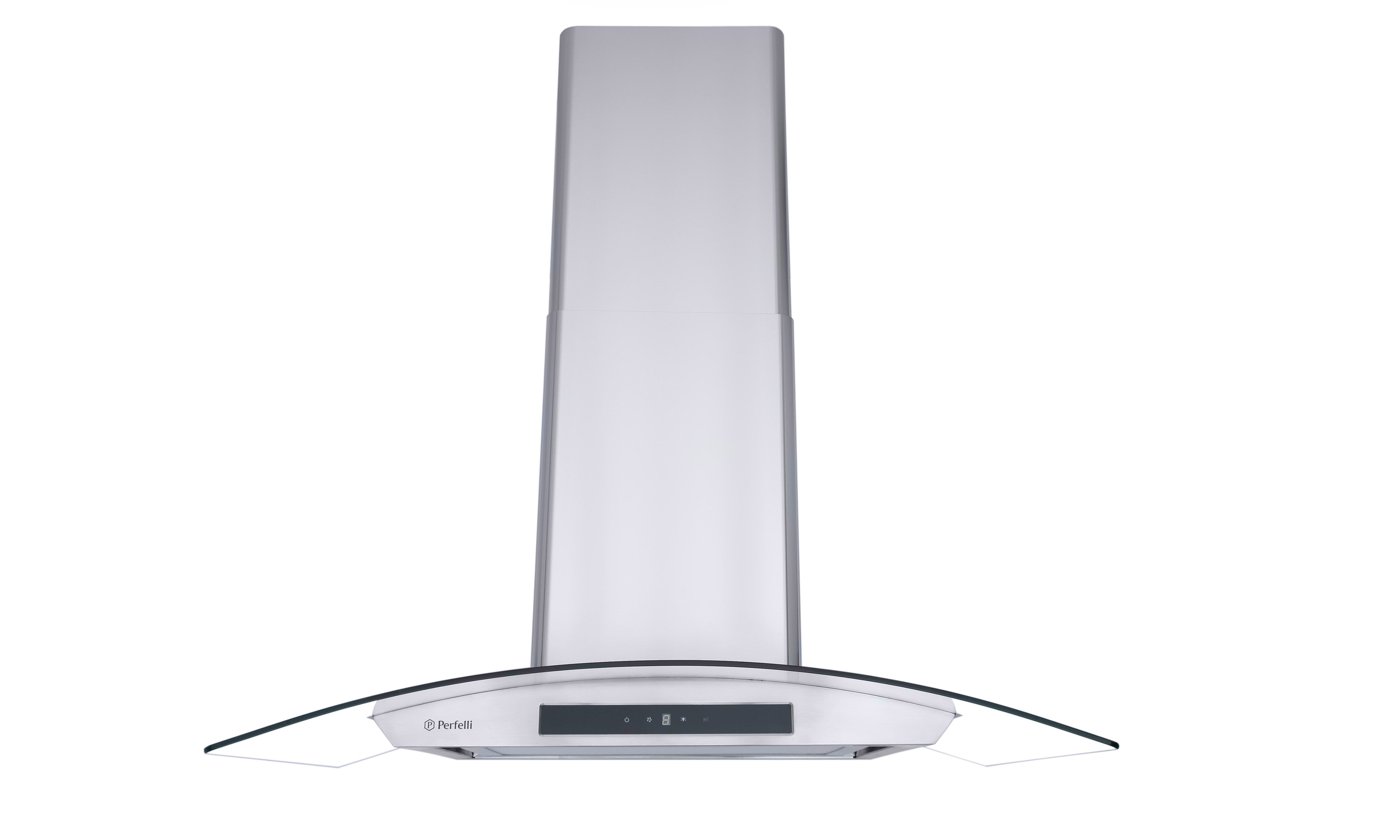 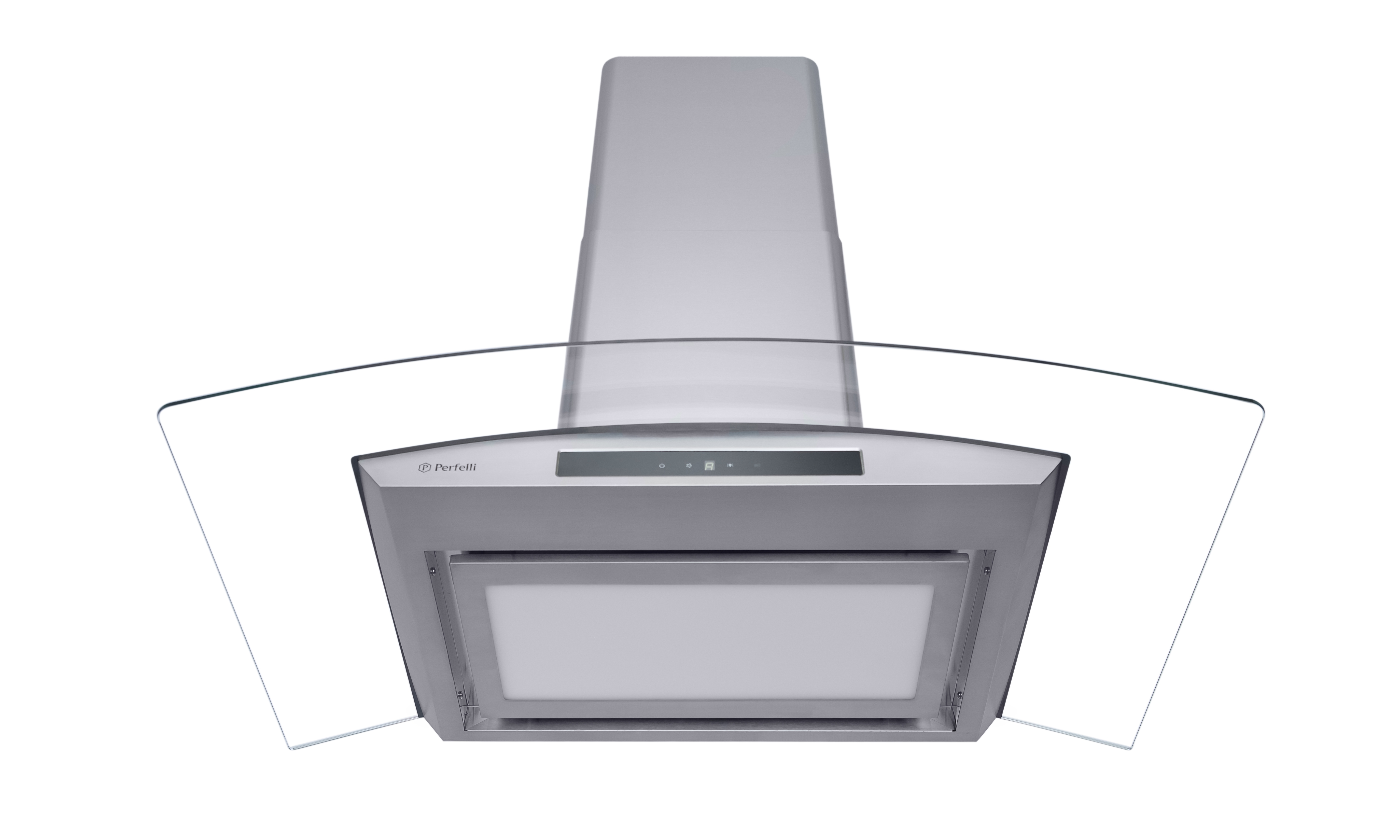 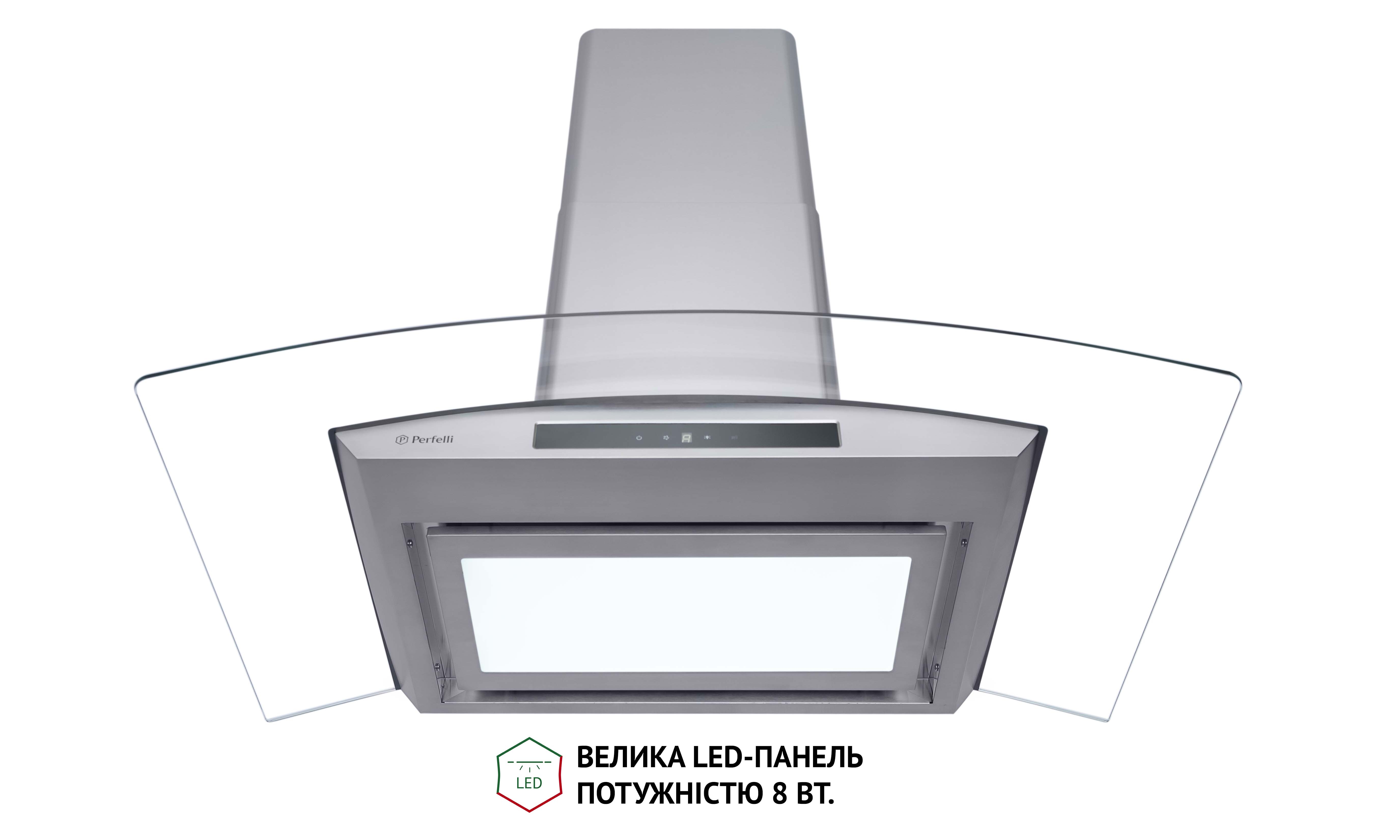 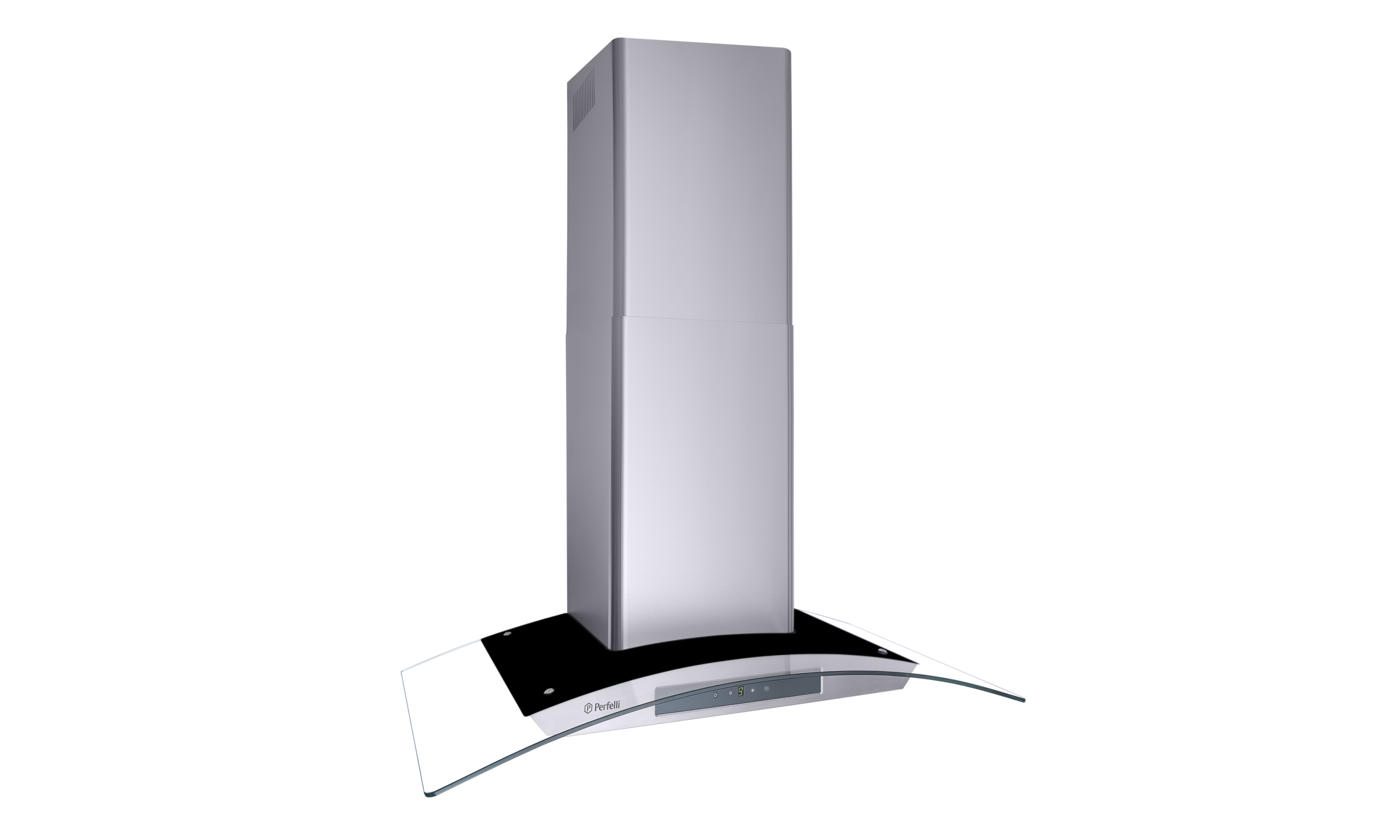 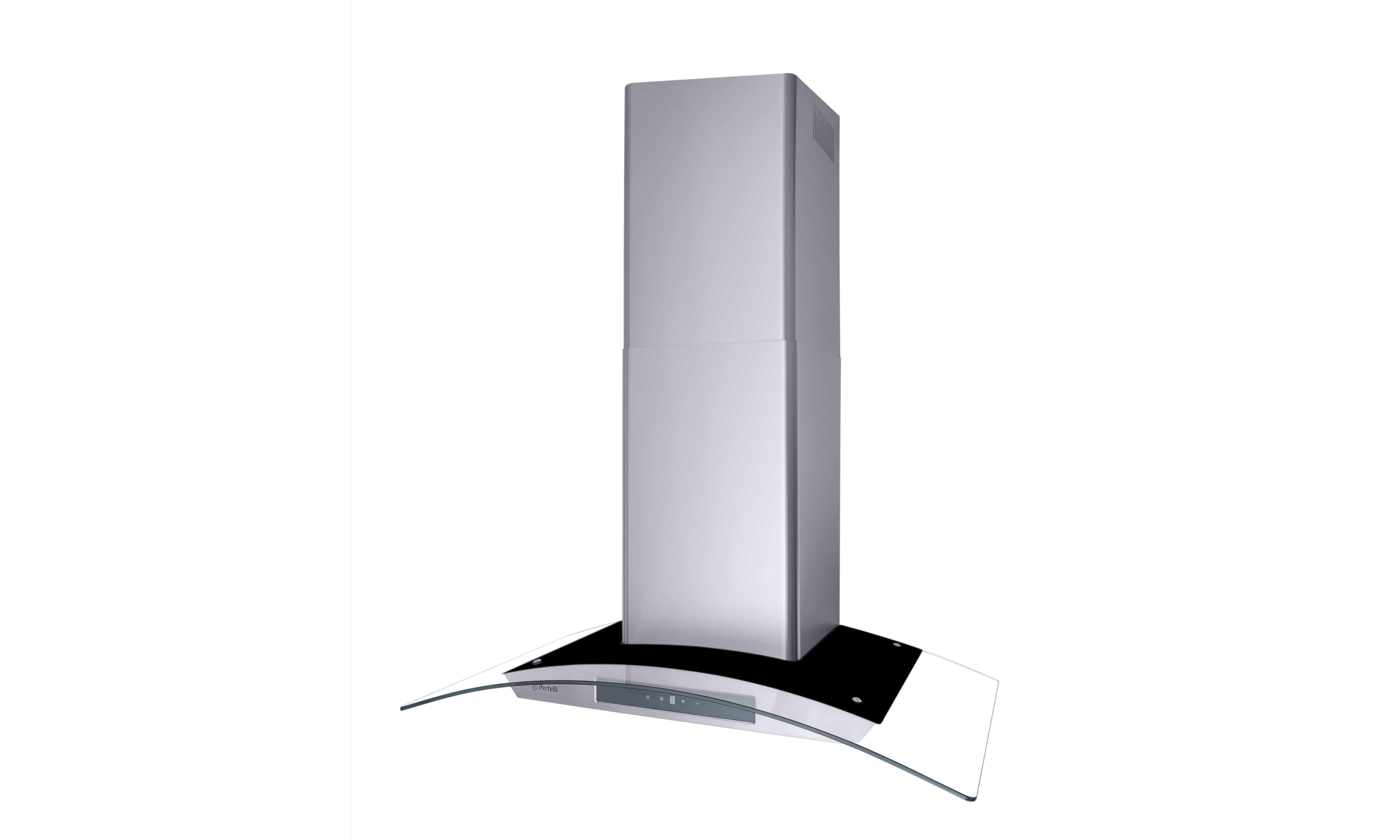 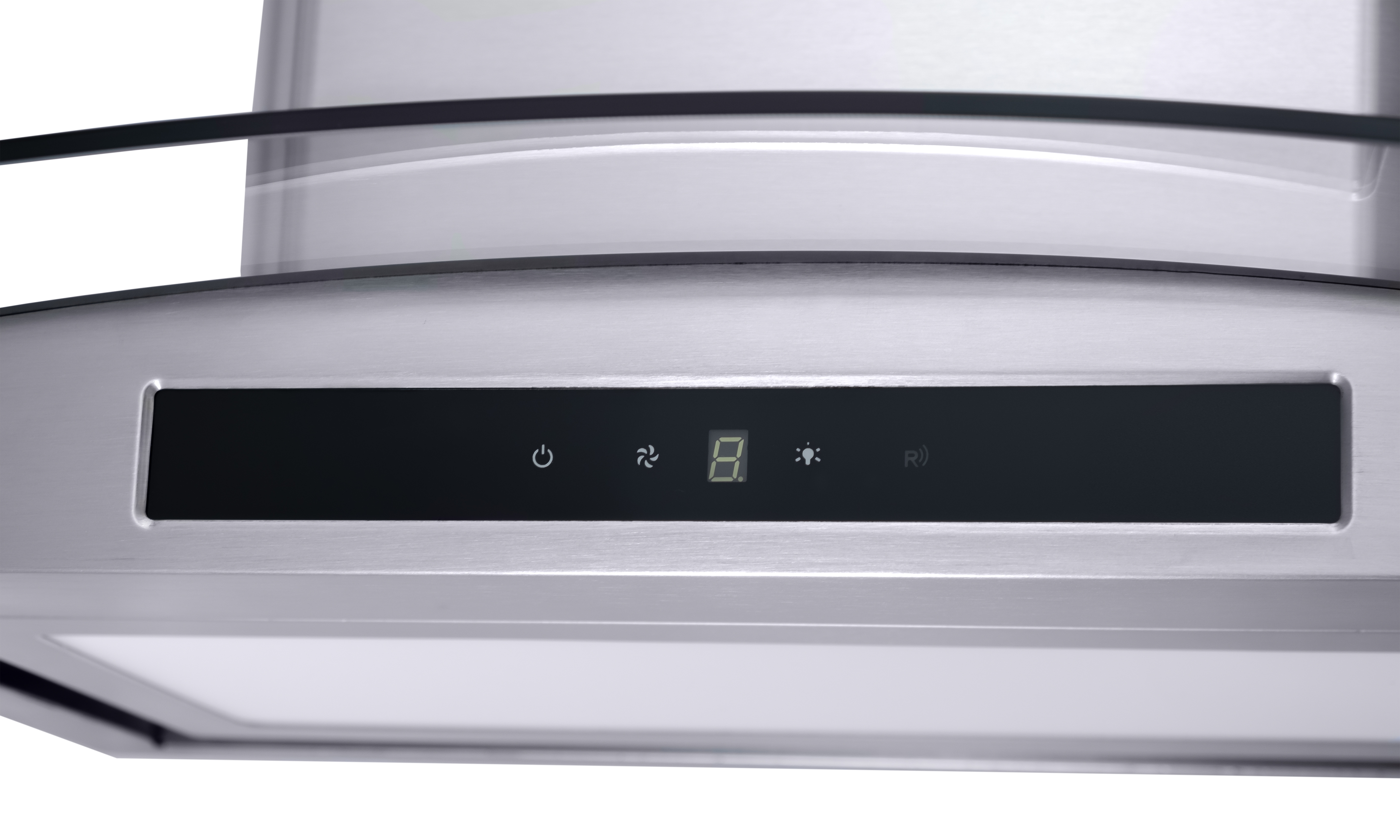 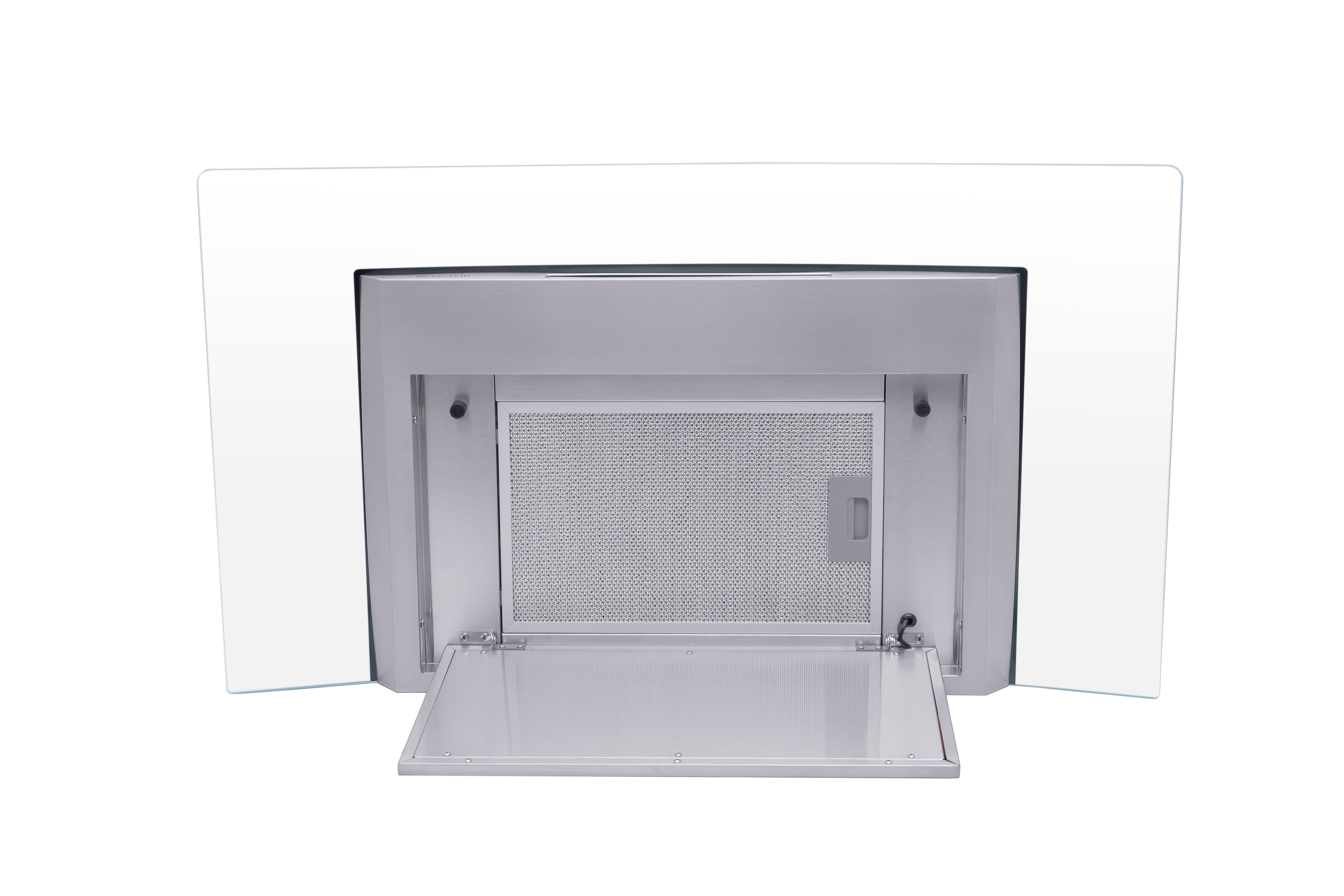 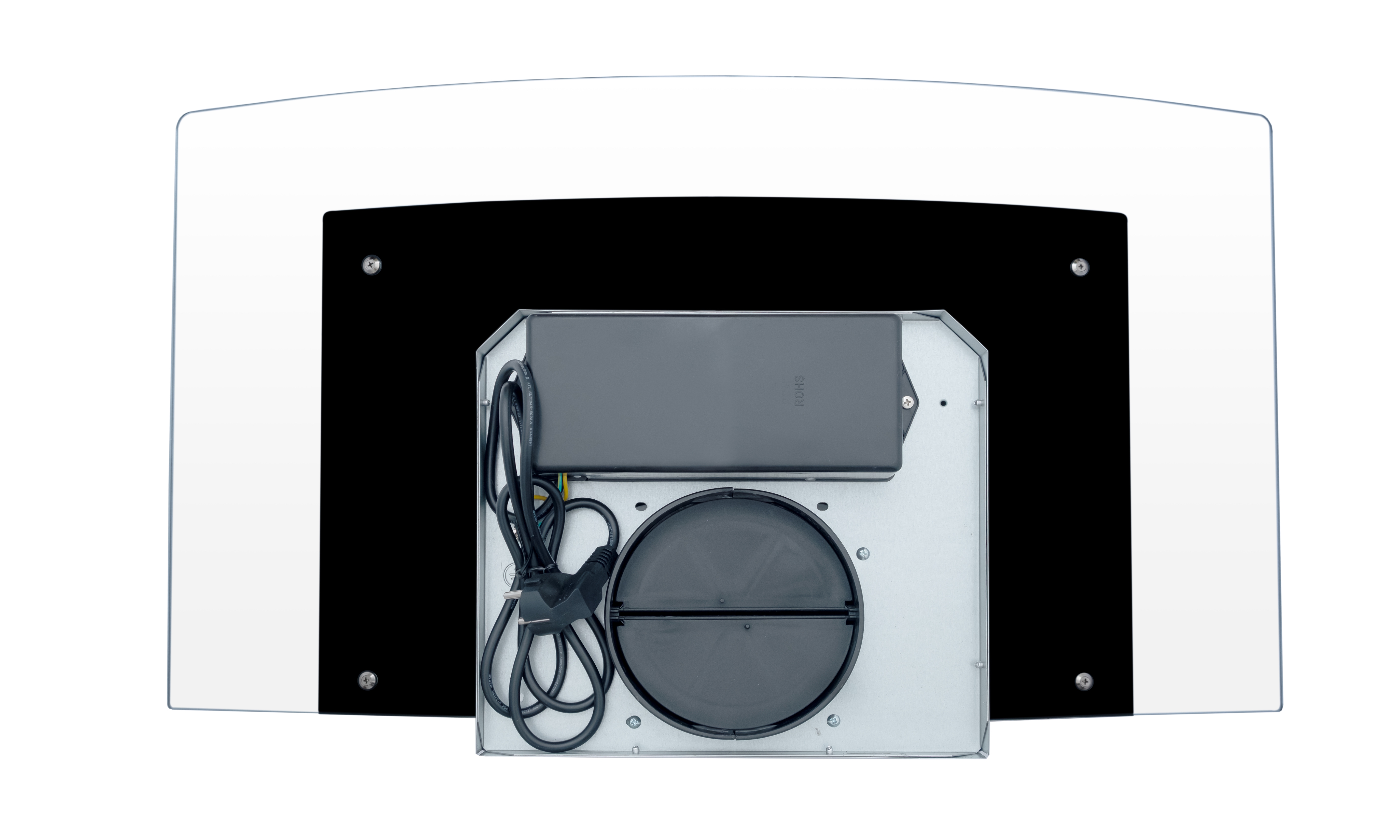 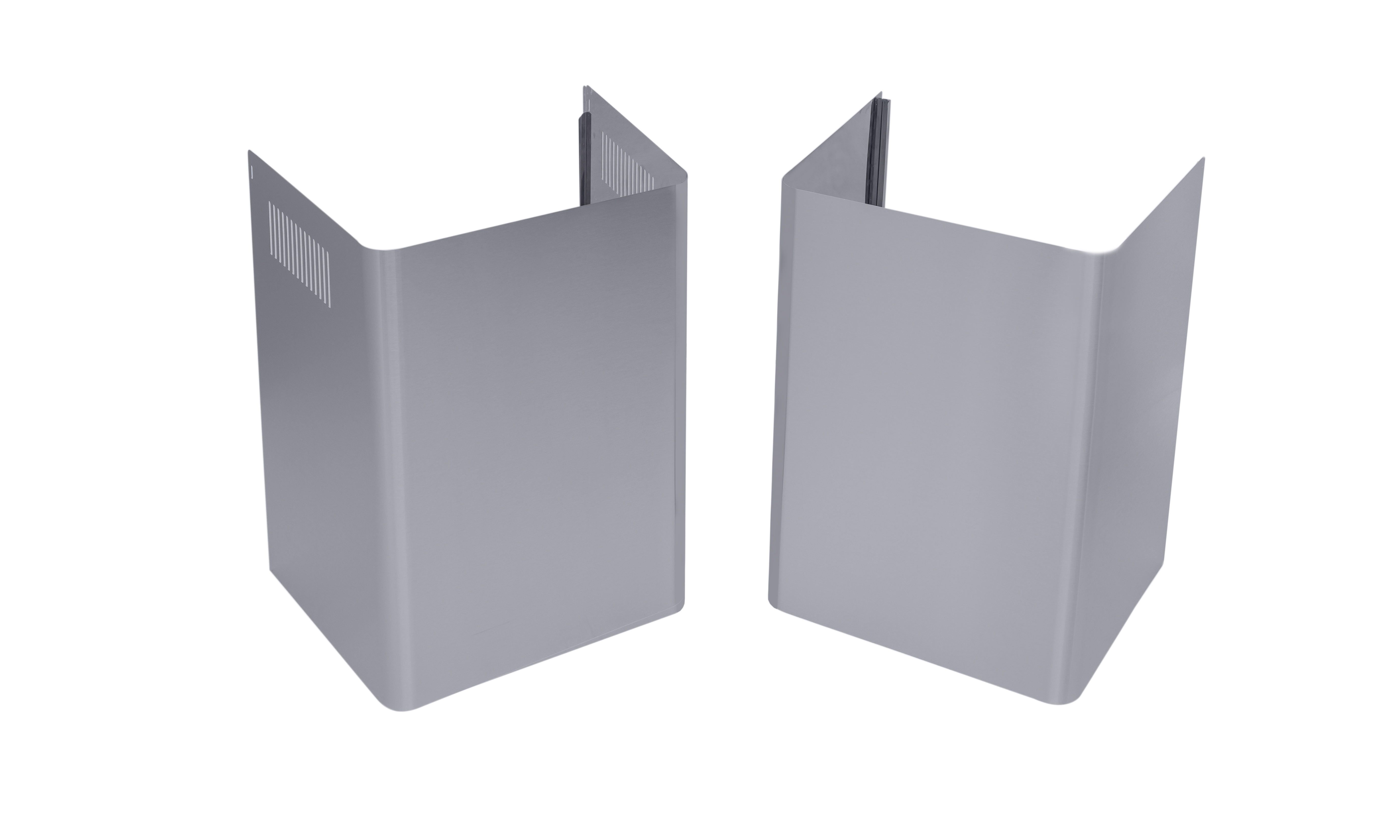 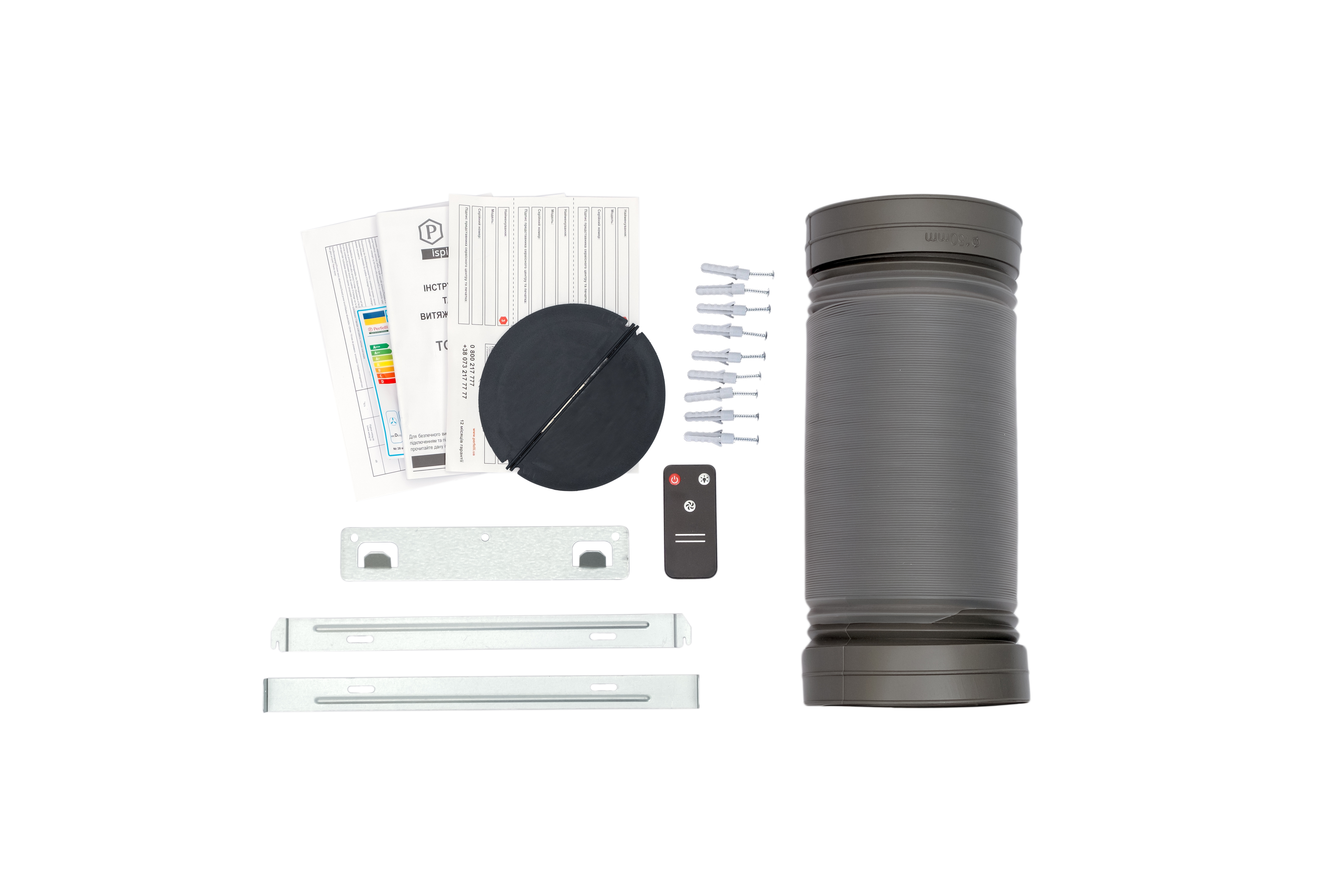 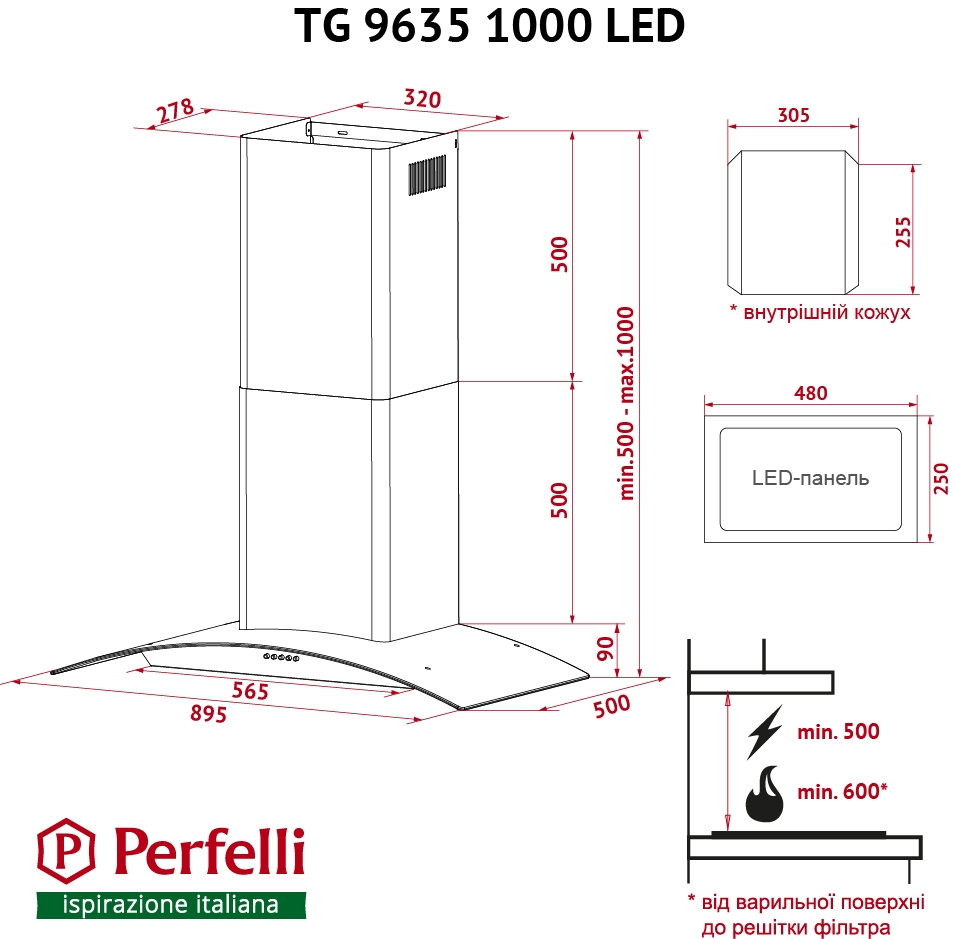 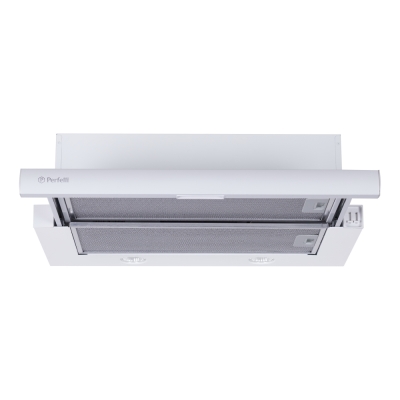 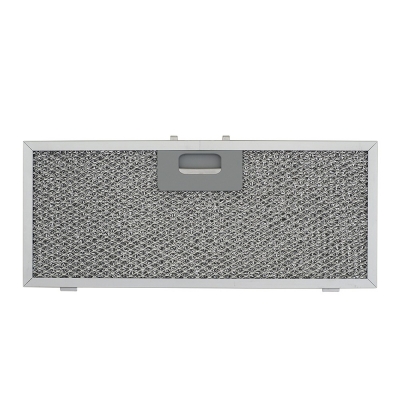 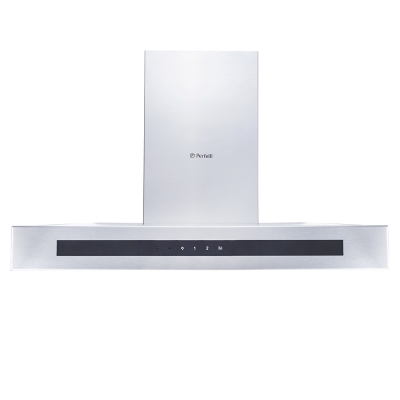 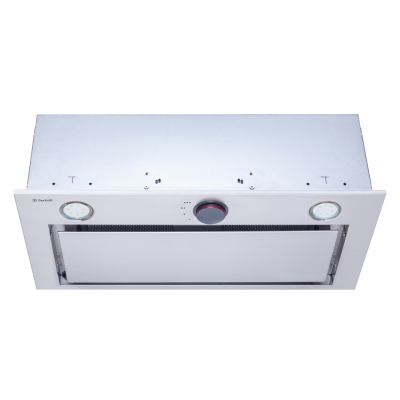 The decorative cooker hood Perfelli TG 9635 I 1000 LED is made entirely of stainless steel, therefore it is distinguished by its restrained, but elegant design. The decorative element of the model is tempered glass. The glass panel will add a modern touch to your kitchen interior.

The design feature of such a hood lies in its fastening - it does not require intervention in the kitchen furniture, but simply attaches to the wall. This decorative hood will ideally complement any interior, even in diametrically opposite styles.

Cooker hood Perfelli TG 9635 I 1000 LED differs not only in appearance, but also in its configuration. It includes:

-On the air outlet with connection to the air outlet.
-In recirculation mode with the installation of a charcoal filter, which can be purchased separately.

The model's front and decorative covers are made of stainless steel. In addition to its visual appeal, this makes the hood easy to care for. The curved panel is particularly robust and resistant to temperature extremes and creates a sophisticated hood silhouette that will become a highlight in your kitchen.

Kitchen hood Perfelli TG 9635 I 1000 LED operates at three different speeds, which allows you to choose the one you need depending on the air pollution.

-The first speed provides the lowest performance, therefore it is used when a minimum of contaminants gets into the air - for example, when cooking slowly, stewing or simmering under a lid.
-The second speed, accordingly, is included in most cases and is designed for the average cooking on two burners without thick clouds of steam and smoke.
-The third speed is activated during intensive cooking with a lot of soot and burning.

The modern lighting solution is presented in the form of a large 8W LED panel, which occupies almost the entire area of ​​the lower part of the hood. This LED panel is the best way to illuminate the entire cooking area.

The working life of the LED panel is much longer than that of conventional lamps, and the energy consumption is minimal. In addition, the LEDs can withstand heavy use.

A simple and intuitive control panel provides comfort when switching hood speeds, turning on the backlight and activating the timer.

Additional comfort is provided by a remote control, which is included in the package.